Getting to know Mike Stacey

Well-known substitute talks about his past, hobbies, and time at the Mill 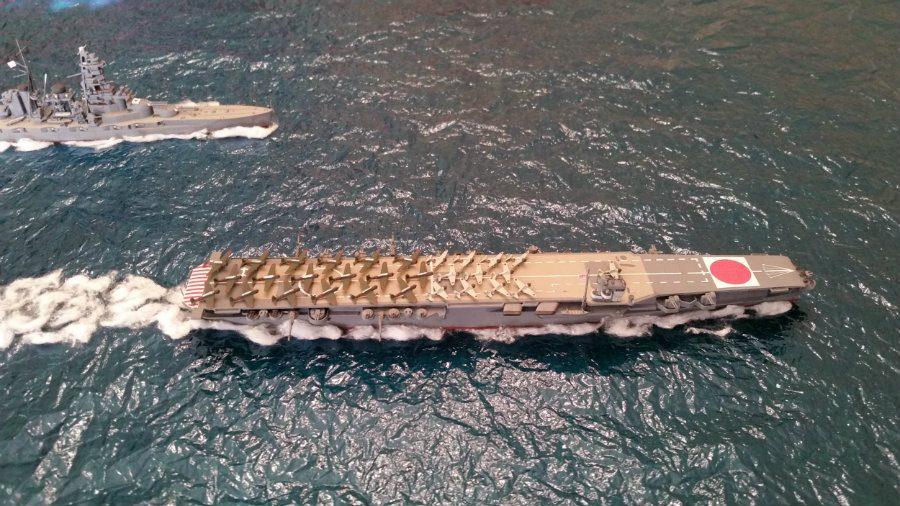 Substitute teacher Mike Stacey works on World War Two models in his free time. Pictured is a World War Two battleship and aircraft carrier that he built for the Commemorative Air Force museum that is being displayed at the Peachtree City Airport.

Around Starr’s Mill, there are many familiar faces of people who walk the halls that aren’t permanent residents of the school. These substitutes are almost regulars around our school and are very well known by the student body. Mike Stacey is one of the substitutes that is known best by the students.

“I love working with the kids,” Stacey said.

Stacey was born in Oakland, California, and he attended Hiram Johnson Sr. High School in Sacramento California. After high school, Stacy attended the U.S. Military Academy in West Point, New York, and graduated with a BS Degree with concentration in Foreign Area Studies. He then went on to work in the Army for 30 years and was stationed many places around the world, ranging from Djibouti to D.C.

Stacey enjoys “interacting” with the students at Starr’s Mill, and he even claims that Starr’s Mill feels like “home” to him. He captivates the students sharing his many “varied” life experiences and his extensive knowledge about the world and it’s history. In the past, he has even prepared presentations and brought in artifacts from the Cold War Era for history classes.

During his spare time, Stacy builds World War Two models and researches his family genealogy. He also enjoys visiting places around the world and feels that “traveling is the best form of education.”

Starr’s Mill is delighted to have someone as qualified as Stacey working at the school, and many students and teachers look forward to him teaching their classes. The school is proud for Stacey to consider Starr’s Mill as a “home” for him.