It was a different time 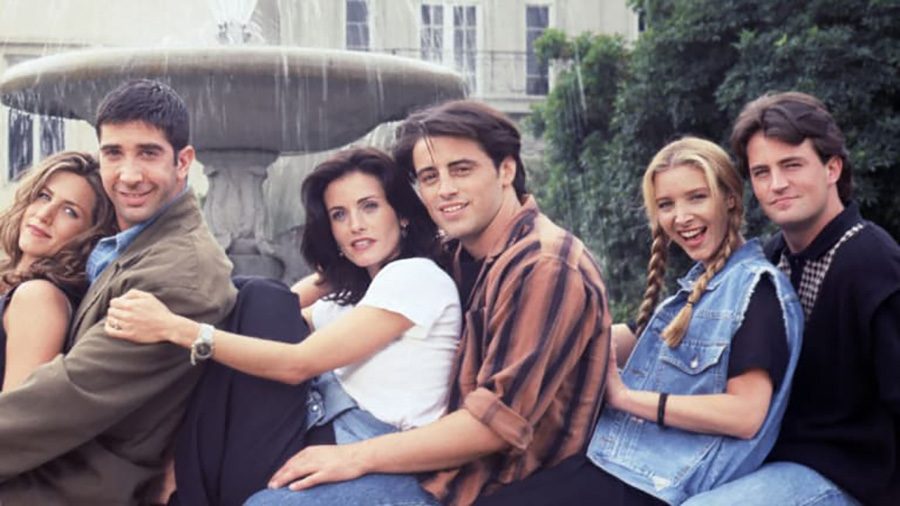 Nostalgia is everyone’s favorite media trend. Why, then, are we sometimes invested in a time we never knew?

In 1860s French high society, modernity was quite taboo. The arts were confined to depicting an idealized world, one mostly filled with Napoleon worship and aristocracy apologism. But industrialization? Urban landscapes? The poor? This was all rather gross, so any self-respecting artist shied away from engaging with it. As such, Realists and Proto-Impressionists were properly shunned.

And, you know, if I were a French socialite at the time, I’m not so sure I would have been keen on something so jarring like a locomotive. I might have preferred the countryside or imaginative tales of noble musketeers. Wouldn’t that have been easier?

Easier and awfully similar to a phenomenon going down in media today. Sure, this trend isn’t so wrapped up in class differences as 1860s France, but it is a blatant idealization of the past.

Tons of recent hits in movies and TV have relied on nostalgia. But this seems to be only part of the movement. Teens these days are pretty enamored with decades past, and the media that came out of those eras. But is this particular to Gen Z, or a characteristic of humanity at large?

The nostalgia marketing strategy of recent years has elicited some raised eyebrows. As much as critics rave about shows like “Stranger Things” and “The Americans” for having both competent storylines and milking ‘80s iconography for all its worth, sometimes we’re left to wonder: why are we so uncomfortable with things that are new?

Obviously, today’s creators want to springboard off of memories from childhood to make content that clicks with their peers. That makes sense. And it’s not like setting a story “back then” makes crafting that setting any less grueling or makes world building any less complicated. It just makes it a little more comfortable.

But more interesting is the predicament this sort of content poses to a teen audience, rather than to its thirty and forty-something architects. Why is the past, especially for wannabe artsy kids, so uniquely inspiring? In other words, why do I own a Members Only jacket?

And it’s not that media today is solely saturated with sentimental if not well-crafted romps, plenty of artists are delving deep into modern life (including the ugly reality of social media, as the train was for the French so long ago), but this is a trend, and shouldn’t we wonder about it?

So the past is at the forefront of everything, with Hollywood big shots churning out content dedicated to remembrance. Streaming services are everywhere you turn, and Gen Z, along with the rest of the world, is hooked. Where do they turn when they need an extra fix of something quaint and old-timey?

It’s “Friends,” of course. I mean, how many variations on the conversation “Ross didn’t deserve her” have you had in the last year?

The appeal for the teenage viewer is clear. You start watching because it’s the ‘90s and Monica is serving looks, and by the time the show hits some of the early 2000s fashion moments we still find cringe-worthy, you’re far too invested in Phoebe choosing between Paul Rudd and the expatriate scientist to do much about it.

And so everybody loves “Friends.” And it doesn’t end there, any sitcom that was on Nick at Nite reruns is fair game. And it’s just sort of weird. Aren’t Gen Z’ers, coming of age during the golden age of the small screen, supposed to be over square aspect ratios and laugh tracks?

It’s not to knock the sitcoms themselves, because in many cases the shows have genius writing and genuinely charismatic moments, but the whole affair is pretty strange. The only real explanation is that for whatever reason, we find the stuff cool.

But then there’s another oddity. For everything these shows are worth, there’s always some off-putting joke at least every few episodes to make the modern teen’s skin crawl. Homophobia and transphobia were often go-to’s during this time when America was still on more than shaky footing on the road to acceptance. In my experience, Gen Z is a lot better at shaking this stuff off than you might think (you can decide whether that’s a good thing for yourself).

It’s not just us and the French

While teens today are pretty shameless about co-opting trends from decades past, it’s not some unique generational thing.

There’s the industrialization era France example. There’s one from my mother’s childhood, too — the success of the made in the ‘70s, set in the ‘50s sitcom “Happy Days,” not to mention the hit movie musical “Grease.” We’ve been all about callbacks since the beginning, or at least since technological and societal change has accelerated so rapidly.

Now, this might be an innocent and imaginative strain of media, or it might have the potential to become more sinister. To know which, we have to answer a few questions.

Do all period pieces need to critically examine the past and refrain from glossing over harrowing details? Do movies and TV of the past need to line up with our current moral standards in order to be appropriate viewing fodder? Or, at the very least, are we morally obligated to pause Netflix, look to our viewing partner and say, “That wasn’t okay, but this is entertaining, so we’ll keep watching?”

I’m not here to dictate one way or the other, but this is certainly something we should think about. On the one hand, it’s imperative to stay alert in times like these, and to be shrewd in how we view all media, modern or not. On the other, perhaps basking in the past is somewhat justified, given the “little dark age” we now inhabit. Maybe, if done right, it can be a sort of artful therapy.