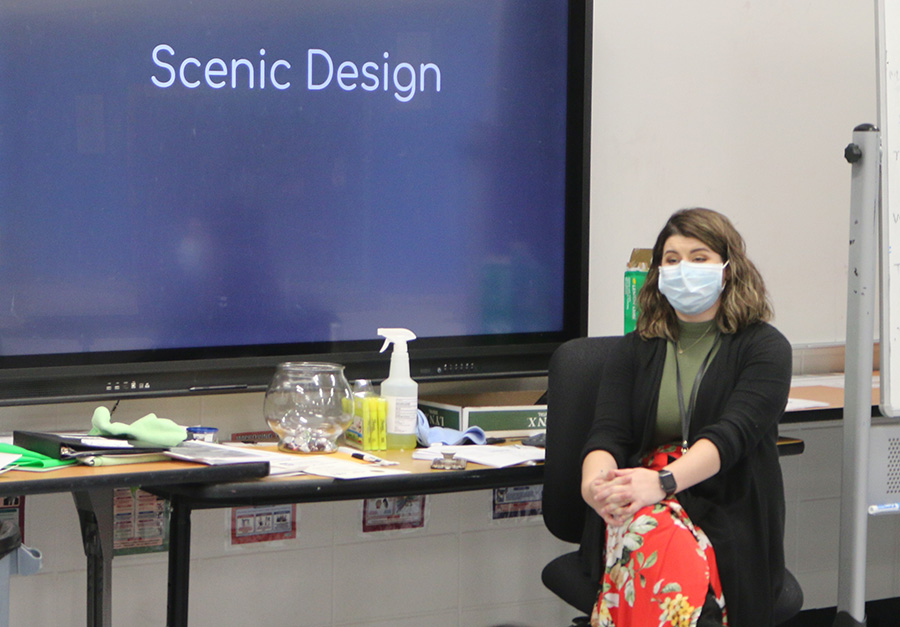 Starr’s Mill welcomes new drama teacher Lauren Kuykendall. She replaces Savahna Silvas who left the school at the end of September because of her husband’s job.

Kuykendall, from Carlton, Georgia, joins the teaching staff after doing a lot of traveling and desk work for the last year. Prior to that she had taught for three years.

“I was an actor first,” Kuykendall said. “I ended up actually really loving education, and I found that this is my purpose. This is my calling.”

Kuykendall trained at the Gainesville Alliance Theatre as an actor before a job became available for teaching at Villa Rica High school. She also worked at the Carrollton Center for the Arts as the theatre coordinator.

“I hope the students are able to get a love for theatre,” Kuykendall said. “I hope they feel prepared enough to pursue [acting] in college or as a career if they want to.”

Starr’s Mill will continue to host the Miss Starr’s Mill pageant, perform in the GHSA One Act, and compete for Shuler Hensley awards.

Kuykendall is currently earning her Master’s degree in fine arts management and leadership from Kentucky University.

Outside of school, Kuykendall loves to explore musical theatre, and spend time with her husband and their two dogs.