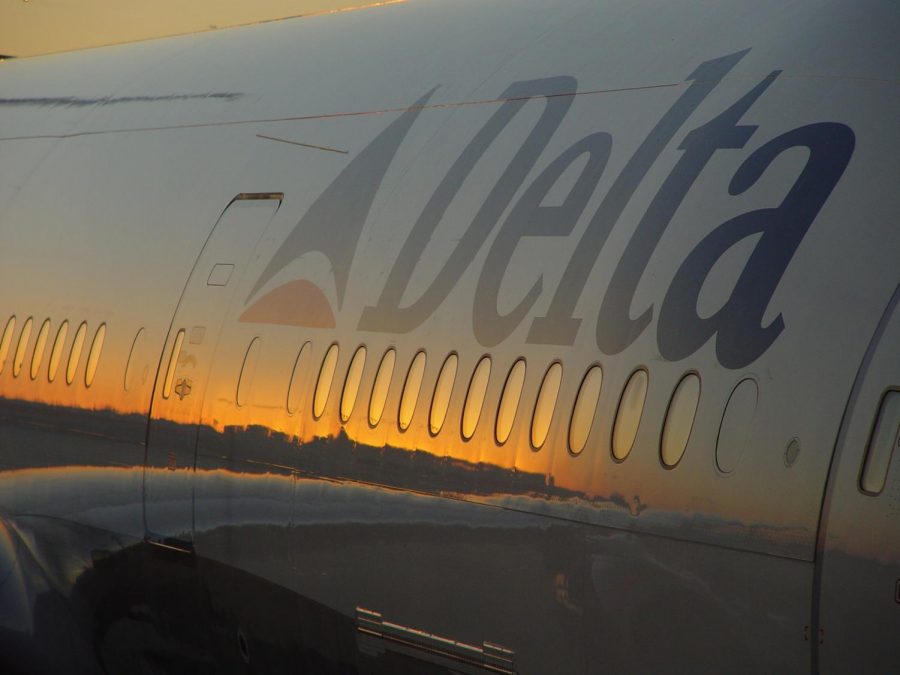 "Sunset reflexions at Atlanta airport" by Franco Folini is licensed under CC BY-SA 2.0

Delta Airlines parked at Hartsfield-Jackson Airport in Atlanta. Capital Joe MacGillivary, along with other local Delta pilots, have flown into Afghanistan to help bring refugees into America.

Amidst all the commotion in Afghanistan, heroes emerged from here in Fayette County. These heroes included pilots who took flights to Afghanistan to rescue refugees, United States citizens, and other “at-risk individuals,” and bring them to safety here in America.

Captain Joe MacGillivary, a retired Air Force service member from Peachtree City, who has two children who went through McIntosh High School, volunteered to be the captain of two flights to Afghanistan.

MacGillivary served in the United States Air Force flying C’5s, and this experience is what made him decide he wanted to go over and help. At first, he did not know exactly what he was signing up for, but when he arrived he was shocked by what he saw.

The planes flew into Cutter, where they were met with hundreds of thousands of people ready to get out of the country.

While in Afghanistan, MacGillivary had multiple interactions with the people there, he recalled one conversation that he says he will never forget.

“On my second flight, one of the gentlemen on board, who works for the U.S. embassy said he tried three times to get to the airport, and could never get past and he finally got in touch with the people he worked with that got him in,” MacGillivary said. “A couple of hours later was when there was the bombing at the airport. He said that if he hadn’t gotten in at that point in time he still would have still been in Afghanistan at the time, and having been a U.S. employee he was worried that his life would have been in danger. He also said he was leaving behind two sisters, and he feared for them knowing how the [Taliban] treats women.”

MacGillivary said that a lot of the people there only had the clothes on their backs and a paper bag, and a large majority of them did not even speak any English.

According to the Atlanta Journal-Constitution, Delta scheduled 25 flights through August 31 to carry 6,700 passengers under the Civil Reserve Air Fleet program. The operation involved four jets, two Airbus A330-300s, an A350-900, and a Boeing 767-300ER, and hundreds of Delta employees coordinating and working for the flights.