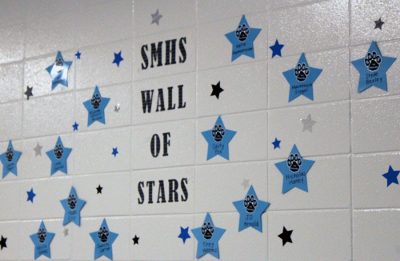 Spanish teacher Amber Boyd recognized freshman Adelae Barkley because she embodies all the attributes of an exemplary Starr’s Mill Student. She is respectful to her teachers and peers and responsible with her school work. 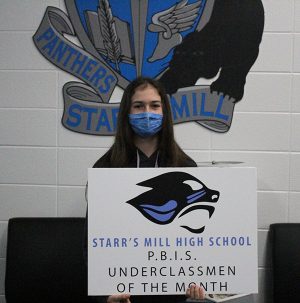 “Adelae really embodies all of the PBIS values that we have. She’s respectful, accountable, responsible,” Boyd said. “She takes her work seriously and she cares about the students in the class. She is a person of integrity and these days that is very important to be and have.”

English teacher and speech and debate coach Terence Fitzgerald recognized senior Isabella McDonald because she has been supportive and Inspirational in his 5th period speech class. 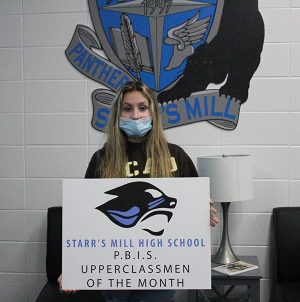 “Isabella is a terrific student in speech class. Having a positive environment is key to student success, and I feel like she brings it,” Fitzgerald said.  “Isabella is just a great person motivating others to do good speeches.”

Student of the Month winners receive a t-shirt and earn a place on the Wall of Stars in the 800 hallway.

“They have had an increase in responsibilities ever since the pandemic with teachers being out sick or taking care of ill family members often having to be out sometimes at the last minute,” Nichols said. 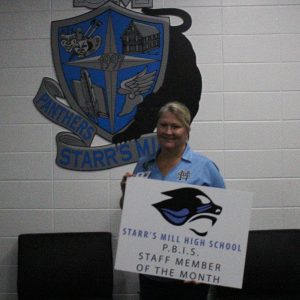 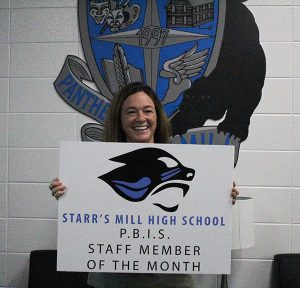 Once a month Andrea Freeman, the assistant principal in charge of PBIS, sends out a link for staff members to nominate students and teachers on their good behavior. The PBIS committee, composed of Freeman, PBIS coach Adriah Williamson, and other faculty and staff, vote on the PBIS staff and students of the month.