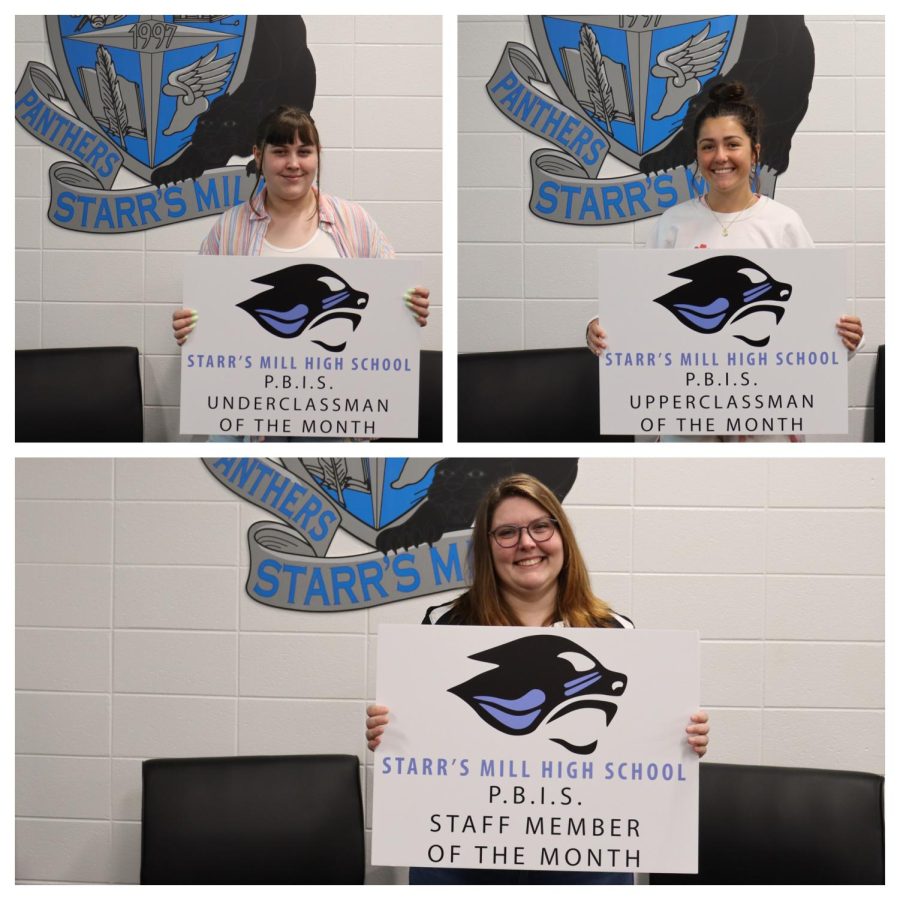 English teacher Dr. Bonnie Stanford recognized freshman Amelia Ellison because of the responsibility she has demonstrated in activities beyond the academic coursework.

“In addition to her fantastic work in class, Amelia has taken on several activities which come with quite a bit of responsibility including working with the drama department and working on the literary magazine,” Stanford said. “She is sweet, smart, and funny, and is a delight to teach!”

“Elise showed tremendous organization and leadership skills while coordinating all aspects of the Powder Puff volleyball game,” Nichols said. “I was thoroughly impressed with the level of responsibility she exhibited while taking on this role.”

“Mrs. Brooks has been an invaluable asset to the school this month as she has helped prepare and facilitate all aspects of testing,” Nichols said. “She does her job extremely well and always does it with a smile on her face and joy in her heart.”

Other teachers receiving nominations for the month of May included science teacher Staci Killingsworth and math teacher Kristin Peavyhouse.

Once a month Andrea Freeman, the assistant principal in charge of PBIS, sends out a link for staff members to nominate students and teachers on their good behavior. The PBIS committee, composed of Freeman, PBIS coach Adriah Williamson, and other faculty and staff, vote on the PBIS staff and students of the month.