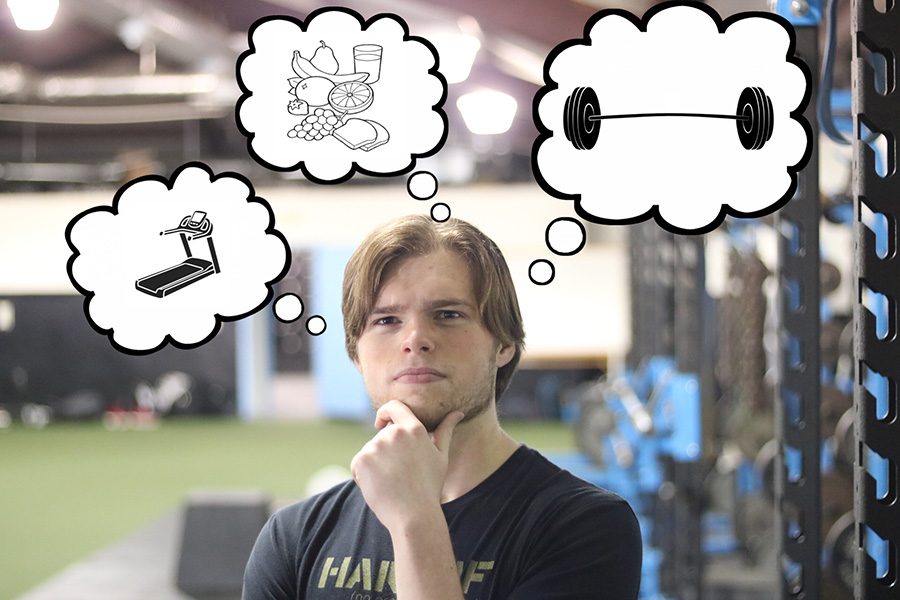 Thinking about the most important things when on a clean cutting diet. I will be executing a healthy, three-month cut losing fat while retaining as much muscle as possible. It’s important in the cutting cycle not to crash diet (cut too many calories) and sacrifice all of the hard-earned muscle from the gym.

I learned something really interesting about myself over Spring Break and it represents my attitude on life. I had the best Spring Break I’ve ever had, and I didn’t even leave Peachtree City. I’m so busy outside of school let alone with it. Having school out of the equation I had more time to focus on my work. I kicked things into overdrive and hit the grindstone the second the bell rang the Friday before the break.

I went on break to work even harder than I did before. While I was scrolling through my feed seeing people at the beach drinking tropical drinks, I was dying from exhaustion and craving water post-workout. I trained hard at the gym, trained a couple of clients, stepped up the cut, went to work, and researched.

By taking away my number one distraction, school, I was able to focus on taking the cut to the next level. I readjusted my caloric intake from a 250-calorie deficit to 500-calorie deficit with respect to my maintenance calorie level. I could tell that I was starting to plateau and I didn’t want to lose the momentum and motivation. The plateau will typically hit around a month in so this is expected. Knowing that I could focus on the change made the shift in calories easy.

Now that I’m starting a new season of weight lifting and I’ve been using the same workout regimen for the past six months, I’m switching it up. If you train frequently with the same exercises in the same order and in the same way, your body will adapt so that it becomes easier. So over the past week, I’ve been doing research on new exercises and how to execute the old ones differently. Every six to eight months, it’s important to switch it up, that way you don’t plateau.

One tricky thing that happens in a cut that you need to watch out for is not seeing results. Since there is no such thing as fat spot reduction, the fat will decrease over your entire body. So when you’re looking in the mirror five days in a row and there’s no belly fat or chest change, don’t get demotivated! Fat is probably being lost in the legs, upper back, or arms.

We all want belly, chest, and love handle fat gone so we look at those areas constantly looking for a change. Just know that fat is being burned, just not where you think. You also can’t “spot reduce” by targeting a muscle group in the gym, hoping to lose fat in that area.

The next step in my cut is being one-hundred-percent honest with myself. When I’d track my food in the beginning, I wouldn’t track everything or I wouldn’t weigh everything. Now that summer is getting closer and things are getting, serious it’s important to be accurate that way I see results.

If you’re not being true to yourself on counting and tracking, then why are you even doing it? One thing I started doing is shaving off a couple of hundred calories on my tracker app that way if I go over on a couple of servings, I’ll still be fine. Kind of like setting your clock twenty minutes early that way you’re never late.

After a bulk, it’s pretty hard to build motivation because you know you don’t look as good as you used to. For me, it started off hard when I’d go in and I didn’t see shoulder striations, abs, or definition. It’s actually a funny concept. You’re motivated to go to the gym, but unmotivated because you don’t look how you used to so you eat more for comfort, making you even more unmotivated.

I’m excited to start getting leaner and see more of the abs that are beginning to come in. On to week six.