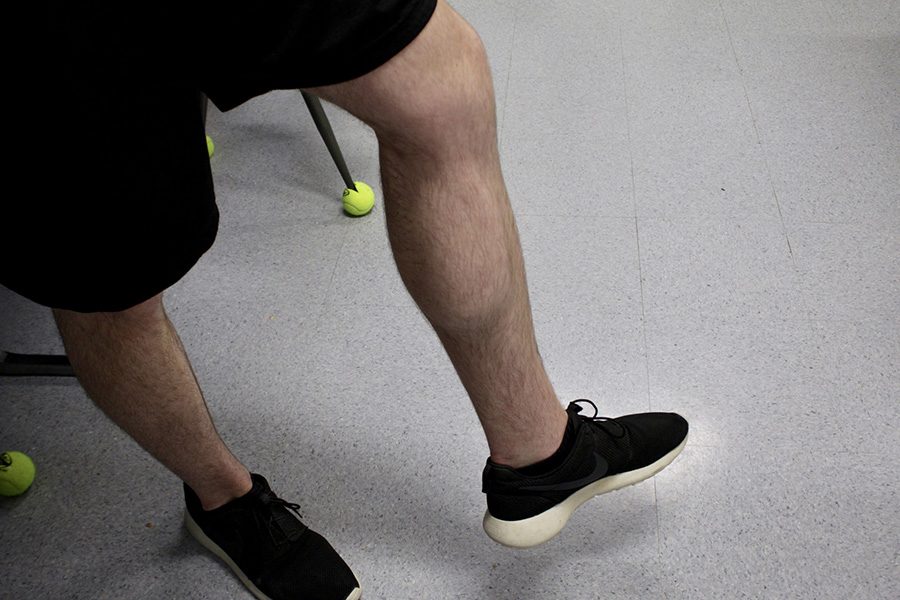 Senior Ryan Allen shows off his natural hairy legs. Shaving has played a long and complicated role in the history of humanity, but nowadays hairy legs are becoming more normal.

With summer time approaching and the craze to have “bikini ready bodies” being resurrected, I feel it’s an important time to validate women’s natural body hair.

See, women don’t have naturally hairless bodies, and we never did.

Since humans are the least hairy primate, evolutionists have always pondered why we’re this way. It has been speculated that humans lost their hair to cool off as they entered the desert in the Middle East, widely considered the birthplace of human civilization.

Now, in ancient Egypt, it was proper to have a shaved head and they regularly removed all pubic hair because they viewed having hair as being uncivilized. Later, in the 1450s, people shaved their pubic hair to avoid getting lice in unsavory places.

But after all the thousands of years of humans growing their civilization, their hygiene did not depend on being hairless and they could always cover up their hair with clothes. The only shaving that was common was men shaving their facial hair.

For a while, shaving was a completely masculine practice and women covered their hair with stockings and would only shave their neck and faces.

Then in the early 20th century, the shortage of materials for stockings caused women to try and find new ways of appearing hairless which included “sandpapering,” a process where a fine strip of sandpaper is rubbed against the legs — a process still used today.

There were a lot of ways women would get around the stigma of shaving, but commonly women would secretly use their husbands’ razors. Around the same time, the first safety razor was introduced to women, but it took quite a while for women to come around to purchasing razors for themselves.

This is likely the cause for many women’s razor brands to heavily “feminize” the razors and is now affected by the “pink tax” where women’s razors cost more. While there are differences, they are very slight.

But there has been very little competition in the razor market was dominated for a long time by Gillette, which meant they could slowly raise the prices of razors and reap the benefits of a growing market until recently where more start-up companies are starting to share the market.

And there has been a shift to plastic razors being mainstream, though they are one of the most environmentally adverse bathroom product with two billion disposable razors thrown away each year.

Even though shaving has been a common practice for most of history, better hygiene and more clothes allowed women to drop the razors. Then war, capitalism, and magazines brought it back.