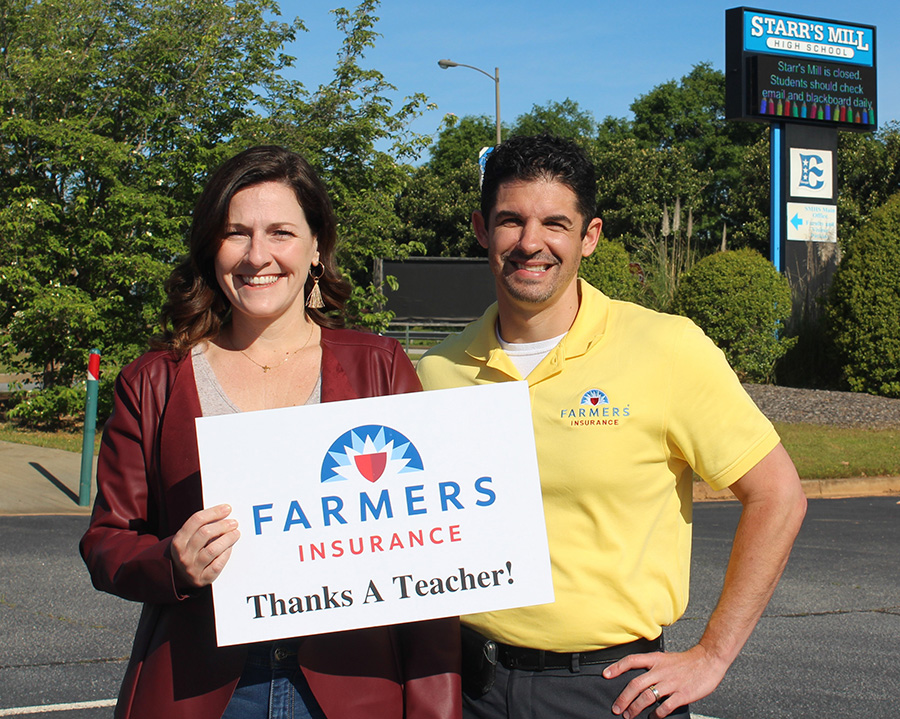 Ashley Collins has been recognized as April’s Golden Apple recipient. The Golden Apple award acknowledges a teacher once a month for their compassion and positive characteristics. Collins was selected by the previous recipient Antonela Brkic.

For the month of April, Ashley Collins, a 10th and 11th grade English teacher at Starr’s Mill, was chosen as the Golden Apple recipient. Collins was selected by former Golden Apple winner Antonela Brkic.

This is Collins’ 16th year teaching and her 13th year at Starr’s Mill. Her inspiration for teaching arose from those around her and influenced her dedication for the occupation.

“There are many things and people that inspired me to become a teacher,” Collins said. “Some of my own teachers, both in school and church, inspired me.They poured into me as a person, communicated that I was what was important — not just the subject area, and I think people like that are so important in an adolescent’s life.”

Collins has a strong connection and love for her students. She reminds her students that they are the reason she became a teacher. Collins tries her best to help her students succeed but reminds them that it is alright to fail.

“I want to be a lifelong learner. I’ve learned in my 16 years teaching that my students teach me more than I could ever teach them,” Collins said. ”I want to evolve and change with what I’m learning. I  want to continually become a better version of myself — whatever that looks like or means. More than anything, I want to lead with love.”

Tim Monihan and Farmers Insurance awarded Collins with $100 to use toward any classroom advancements. Collins used the money to buy a director’s chair for herself and her co-teacher Nicole Moore.

Amid the current situation Collins is still applying her best effort toward teaching her students and making sure they perform their best. Her passion for teaching has not stopped, even with the change of setting for her and her students.