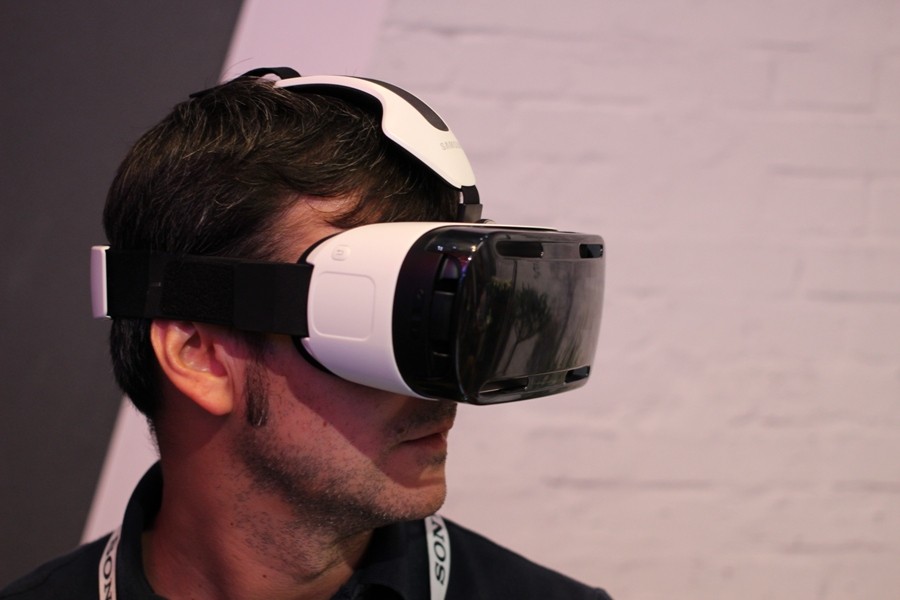 “Virtual reality is going to take off,”engineering teacher Jonathan Winkjer said. Right now, these simulations have gained attention as one of the fastest-growing and “valuable” industries in technology.

“It can be used to simulate real-world scenarios, which is its biggest effect,” Winkjer said. Virtual reality encompasses different subtopics, including video games and headsets, that can be used to form a virtual environment for entertainment, media or training purposes.

Branches of the military are currently using it to train their soldiers by simulating combat situations. These simulations test the soldier’s ability to lead and fight on the battlefront or react in certain scenarios.

These headsets can be used for consumers as well. This technology creates a virtual world for consumers when playing video games, or it can make the viewing experience of a movie more immersive.

Virtual reality has the potential to play a large part in our society and economy in the coming years. According to Forbes, virtual reality will be a $120 billion industry by 2020, a huge jump from previous years, and there will be more than a billion dollars worth of virtual reality headsets sold this year alone.

Consumers are gravitating toward virtual reality headsets because they can be used in conjunction with their smartphones.

None of the headsets on the market have a display portraying images, but they use the screens from smartphones to simulate a virtual reality. The user’s cellphone determines which headsets that the user may operate.

A majority of these headsets are made especially for Android phones. There are multiple headsets made for iPhones, but none made by Apple itself. Depending on the manufacturer, prices can vary by hundreds of dollars.

Generic headsets can be found for under $20, but higher quality and name-brand headsets can reach prices well into the hundred-dollar range. The Google Cardboard costs about $15 while the Samsung Gear Vr costs roughly $200. Both are sold through retail brands such as Amazon and Walmart in addition to corporate websites.

The sale of virtual reality headsets tend to be directed toward the younger generation. These headsets have become popular for the same reason hoverboards became popular: they are new industries that seem almost futuristic, and they appeal to younger age groups because of their ability to be used with smartphones.