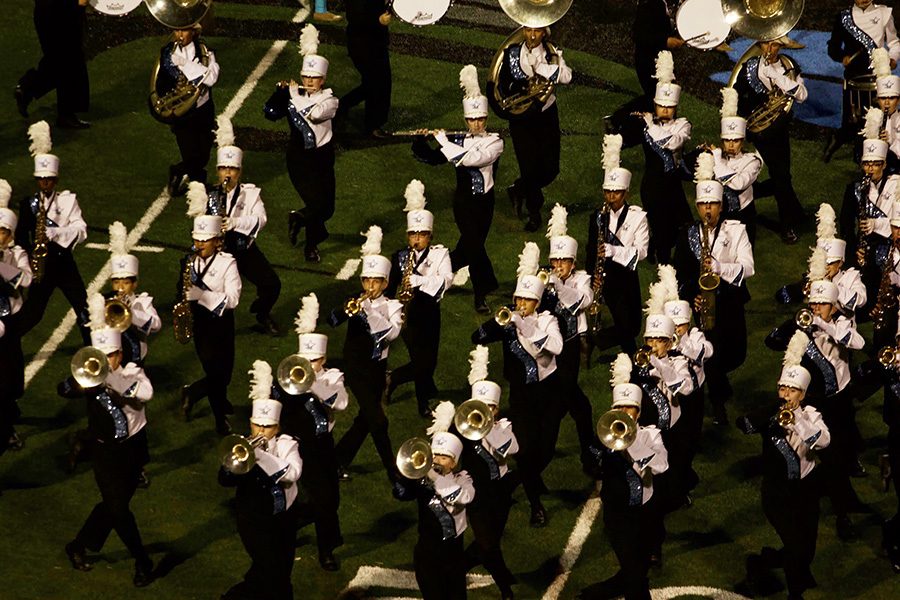 Panther Pride performs their 2018 show, “Fire and Ice.” On March 22, the theme for the 2019 marching band season was announced.

In anticipation for the coming marching band season, the Panther Pride Marching Band announced the title of their new show. Click the image above to listen as The Prowler talks to band director Scott King, assistant band director Bert Groover, and other band members about the reveal.