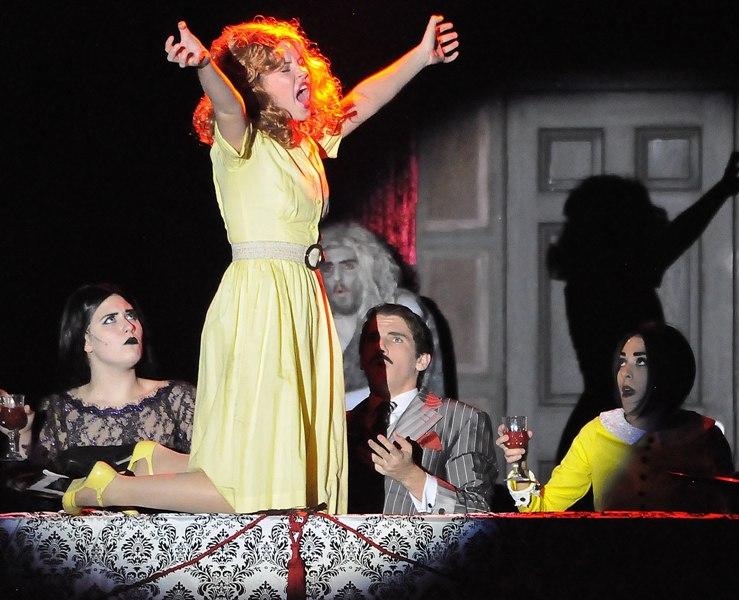 Alice Beineke, played by junior Hollyn Shadinger, reveals slightly too much information during a game of "Full Disclosure".

The entire cast of “The Addams Family” will attend the Shuler Hensley Awards tomorrow night at the Cobb Energy Center.

The show was nominated for Best Choreography by Antonela Kljajic, who teaches German and is the adviser for the Pantherettes dance team. She won that same award in 2012 for her choreography in “Zombie Prom.”

“The Addams Family” also won the Showstopper Award for its opening number “When You’re an Addams,” and the cast will perform it  live  at the award ceremony.  It will air on WSB-TV 2.2/MeTV at 7:30 p.m. It’s also on Comcast channel 248.

“The Shuler Hensley Awards  are the equivalent of the Tony Awards for high school theater,” said senior Abby Feltner, who played the Addams family’s grandma.

“Getting nominated is a great honor and it means that the Shuler judges who came to watch the show found it well done and impressive,” Feltner said.