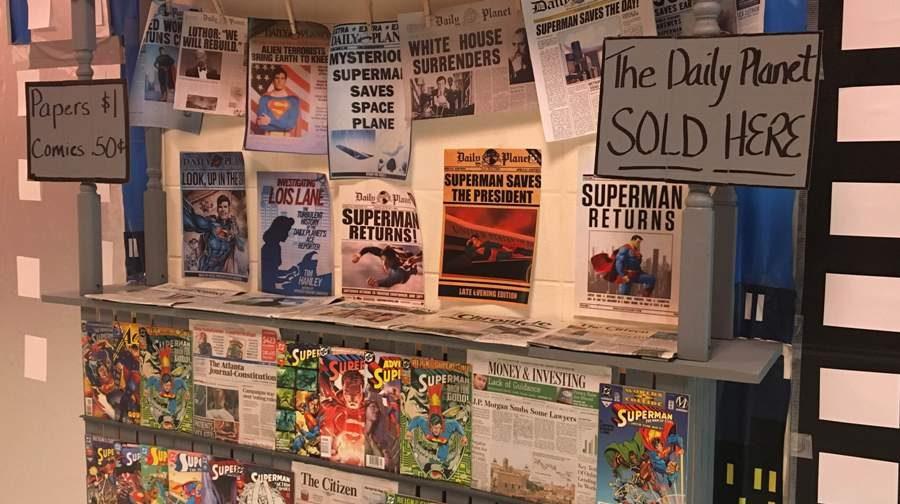 The Mill’s homecoming celebration spanned over the week of Sept. 19, but dress-up days and Friday night lights weren’t the only highlights of the week. The U.S. faced multiple losses with both a public stabbing and shooting, in addition to the death of a professional baseball pitcher. Additionally, the news of a cybersecurity breach alongside a celebrity couple’s divorce reached the public eye, contrasting the festivities of homecoming.

Saturday, a stabbing occurred at the Crossroads Center Mall in St. Cloud, Mn. The attacker supposedly entered the mall in a private security uniform. There were nine victims involved in the incident, but as of now, all of them possess minor injuries. The aggressor apparently had a few a few previous run-ins with the police, but none of them were of major concern.  An ISIS wing claimed responsibility for the incident. The assailant was taken down by an off-duty police officer who probably saved many other people from danger.

Many are claiming that this incident was an act of terrorism, but as of yet, everyone is unsure what to categorize it as.

Many people were shocked to hear that the Hollywood movie stars Angelina Jolie and Brad Pitt are splitting. Angelina filed for divorce. The couple got engaged back in 2013 and tied the knot in 2014.

Besides being referred to as one of America’s most beautiful couples, they also had six children. According to CNN news, they split for the health of the family. Many people believe that the couple argued over child custody during the divorce process. CNN also states that both Angelina Jolie and Brad Pitt want a “cordial” breakup. The couple seems to want what is best for their children. The family is requesting privacy as they go through this difficult time.

Professional baseball player Jose Fernandez was recently killed in a boating accident. This was such a tragedy for many, especially his current girlfriend, Maria Arias. According to “People Magazine,” Arias said “nothing will make this time easy for anyone and if you do one thing today, let it be that you tell those close to you how much you love them.” Arias was also expecting a child. Just the other week, Fernandez posted on Instagram that he was excited to start a family with her. Fans send prayers to the family and girlfriend of Fernandez.

An open service for Fernandez was held on Wednesday, followed by a private mass Thursday.

In addition to Fernandez, two of his closest friends were also killed in the accident.

On Thursday, Yahoo confirmed that at least 500 million of its accounts were stolen, making this one of the “largest cybersecurity breaches ever,” according to CNN. The breach happened back in 2014 and is thought to be the work of an individual working for a government. Yahoo released a statement stating that stolen accounts include private information such as “names, email addresses, telephone numbers, dates of birth, and hashed passwords,” in addition to personal security questions.

Among all the chaos, Yahoo account users received a bit of reassuring news. No banking or credit card information is thought to have been stolen. The suspected hacker “claimed to be selling data from 200 million Yahoo users online” back in August. Verizon made an agreement with Yahoo to buy its core properties for $4.38 billion prior to the breach being reported. The companies are supposed to close on the deal early in 2017.

Today, five people were fatally shot in a mall north of Seattle. The gunman was 20-year-old Arcan Cetin from Oak Harbor, Wash. Police took him into custody around 6:30 p.m. this afternoon. Charges are pending towards the 20-year-old. Most of the insight that is on him comes from his social media pages on Twitter and Facebook, which he updated on a regular basis. So far, it is understood that this was not an act of terrorism.

Currently, authorities are unsure what led to his actions, but more shall be revealed as the case grows.