Firsts in news, last of September 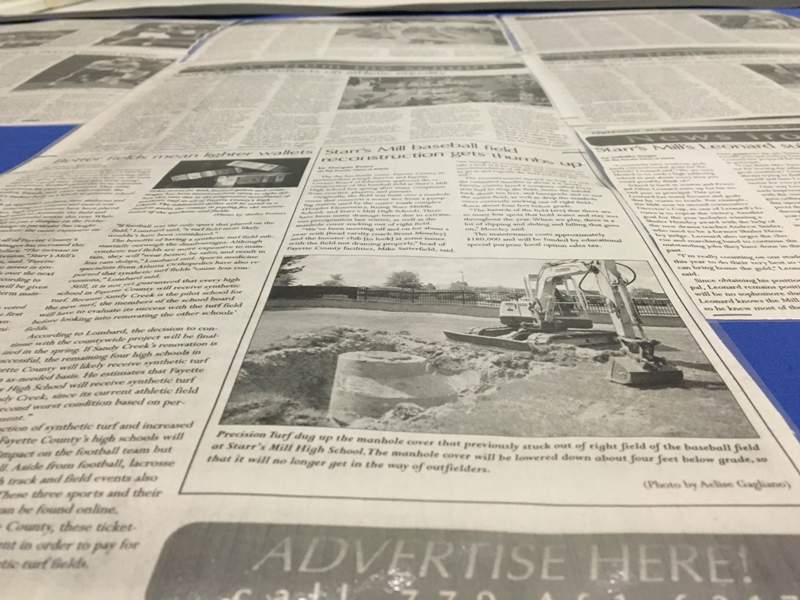 For those who like to keep it current week-to-week, thank you for joining us. This past week included the passing of a legend and the birth of a celebrity-in-the-making. Commuters in the Northeast faced a hiccup in their daily schedule while new voting opportunities opened up for people in the South.

On Monday, golf legend Arnold Palmer passed away at the age of 87 while waiting for cardiac surgery. Palmer was considered to be the “King of Golf,” leaving an extensive legacy including four Professional Golfers’ Association tours.

While some people didn’t associate his name with golfing, they were familiar with the famous drink that was named after him. An “Arnold Palmer” is a concoction consisting of half iced tea and half lemonade that Palmer invented and is widely enjoyed across the world.

Palmer’s resume extended beyond professional golf and famous beverages. He was also a notable businessman, a philanthropist and an aviator. His name will have several places in history including an upcoming golf tournament that will be held in his honor.

Actors Blake Lively and Ryan Reynolds had baby number two. Born in New York, the baby joins their other baby, 22-month old, James. The pair is well known for acting and looking gorgeous together.

According to People Magazine, Lively and Reynolds both come from big families and they hope to have a big family themselves. The couple wants their children to have a “nice, normal upbringing.”

Plenty of attention was given to how well Lively pulled off her baby bump throughout the pregnancy. Whether it was wearing a stunning outfit to show off the bump, or sporting a casual look, she managed to stay picture perfect for a paparazzi shot.

Every day, thousands of New Yorkers board trains to travel throughout the New York Metropolitan area.  Thursday morning, however, a train crash occurred that may change these travelers’ mode of transportation.  At 8:45 a.m., a New Jersey Transit train left the station in New Jersey on its way to one of the busiest terminals in Hoboken, NY.  When it arrived, the train passed the terminal at a high speed and crashed into one of the blocker bumpers used to stop runaway trains.  When the engine made contact, it went airborne and plummeted to the ground.

The crash brought much hardship on New York.  The known casualties include one dead and 108 injured.  One of the most critically injured is the engineer of the train, who is currently in the hospital.  Fortunately the problems are being rectified and Hoboken will be ready to depart many of their transits Thursday afternoon.  The cause of the accident is still unknown.

Voting registration for the 2016 presidential election begin in November.  Florida citizens may have the opportunity to register to vote for the election in an unique location this year.  Chick-fil-A CEO Dan Cathy suggested that voter registration be held in multiple Chick-fil-A locations throughout the state of Florida.  While the idea may sound favorable to some, Democrats in Florida would like the location choice to be rethought.

Chick-fil-A is associated with being a Southern Baptist business.  As a result, it is not open on Sundays and opposes certain beliefs supported by most Democrats, including same sex marriage.  The Democratic party fears the results may be swayed by the restaurant.  Susan McGrath, head of the county Democratic Executive Committee and leader of the Pinellas Stonewall Democrats, said she is “all in favor of getting out the vote, just not at Chick-fil-A.”  She believes the voters will listen to certain beliefs owned by the franchise and vote in accordance to them.