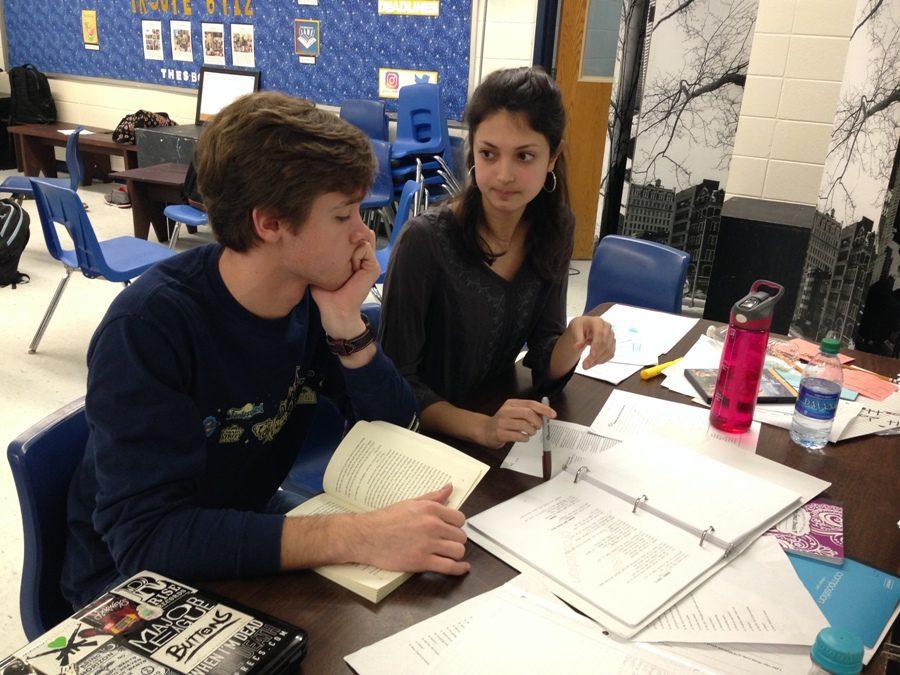 This year, drama department teacher Andrew Snider has decided to introduce a competitive literary team at Starr’s Mill. Two team members who are competing in duo interpretation discuss how they will cut the story of “Big Fish” by Daniel Wallace into ten minutes to present to a panel of judges.

Starr’s Mill has always attracted success. Since its beginning, the Mill has been the proud home of state-winning athletic teams, a renowned theatre arts program, and an abundance of students performing above and beyond in the classroom.

With the Mill’s current and past successes intact, drama teacher Andrew Snider has chosen to initiate yet another promising organization on campus: a literary team.

After enjoying his time coaching a literary team at his previous school, Snider felt inclined to organize a literary team at Starr’s Mill as well. “I thought it would be a great experience for the students here,” Andrew Snider, the sponsor of the team, said.

Like most sports, literary is a competitive pursuit that is officially recognized by the Georgia High School Association. Participants are invited to compete in various categories, ranging from essay writing to extemporaneous speaking, and accumulate points for their team in meets.

This year, Snider plans to have Starr’s Mill’s literary team attend the annual state competition on March 18 and take on several events. “Personal and rhetorical essay, domestic and international extemporaneous speaking, dramatic interpretation, boys solo, and quartet are the events that the literary team will compete in,” Snider said.

By registering the newly formed team for the state competition in March, Snider hopes that its members will be able to expand their horizons, gain experience, and, more importantly, “have fun now and in the future regardless of the outcome,” Snider said. “Even though this is a competition, I want it to be a positive learning experience for the students and have it be an opportunity for them to experience great works of literature, prose, poems, and songs.”