Deaf and Hard of Hearing Academic Team qualifies for nationals 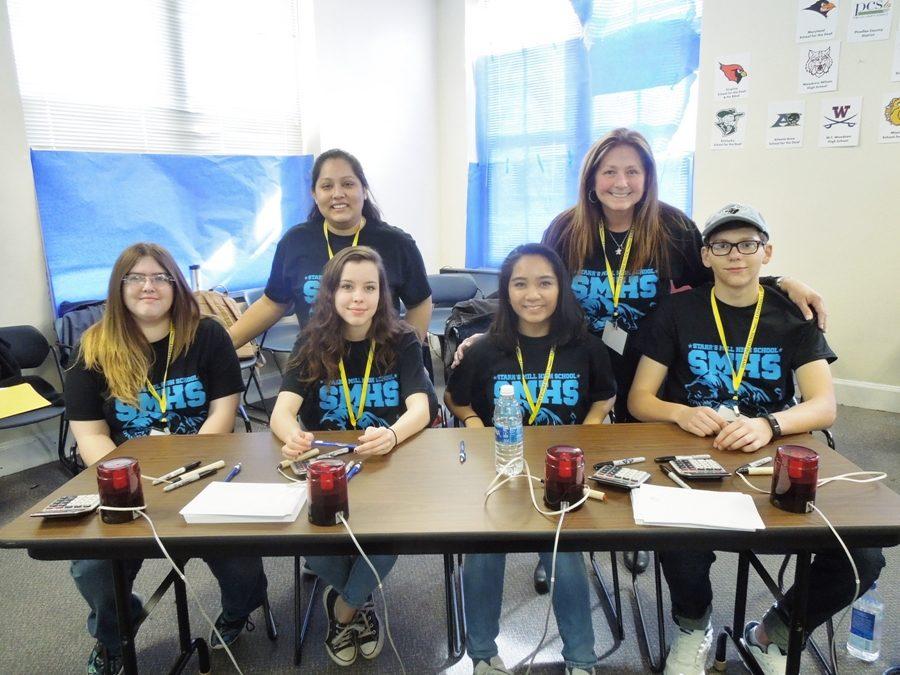 The Deaf and Hard of Hearing Academic team poses for a picture at the regional competition where they placed third out of 20 teams.

Prior to the break, the Deaf and Hard of Hearing Academic Team at Starr’s Mill placed third in the South Regional Academic Bowl at the North Carolina School for the Deaf in Morganton, N.C. The four-person team won nine out of ten of the matches. With these stats, the team qualified for the national competition for the eighth time in the last 12 years.

Senior Liam O’Connell answered the most questions correctly out of anyone in the competition and gained the title of MVP.  “The competition was entirely a team effort, and the team performed incredibly well,” O’Connell said.

“I’m excited, it means that we are one of the top academic teams in the country,” Hartpence said.

The next competition will take place at Gallaudet University in Washington, D.C. during spring break where they will be hosting 20 of the best teams around the country. This will be the 17th year that the national competition will be held at the university. Gallaudet is the only college in the country that is only for the deaf and the hard of hearing, and it has been open since 1864.

“Going to nationals is going to be a great experience,” senior Liam O’Connell said. “It means all the hard work [has paid] off.”