Nothing ‘beta’ than going Greek 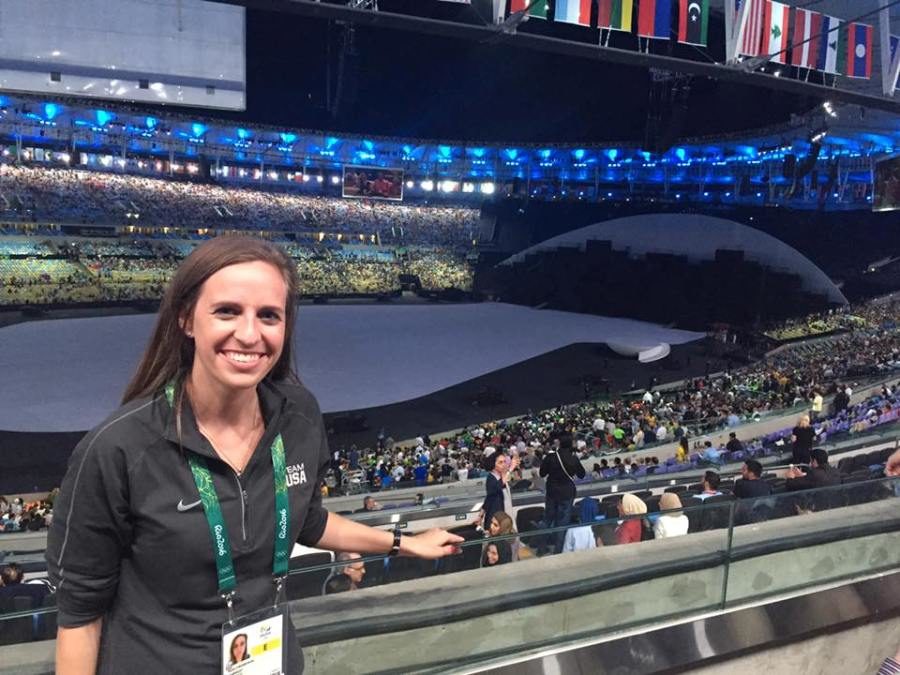 Starr’s Mill High School alumnae Nicole Chrzanowski poses for a picture while covering the summer Olympics in Rio. Chrzanowski, a member of Gamma Phi Beta, will speak at the sorority informational meeting this Saturday.

On April 30, from 2 to 4 p.m. the Atlanta Southern Crescent Alumnae Panhellenic Association will hold an informational meeting open to all girls interested in joining a sorority in college.

During the event guest speakers and members of the ASCAPA will provide helpful tips on how to collect letters of recommendation and what it means to go greek. “Some girls already know they want to be in a sorority and they come to get information about how to get letters of recommendation and others come just to find out more about it,” treasurer and recruitment co-chair Cecilia Eifert said.

According to their website, the ASCAPA is “an organization dedicated to making a difference in the lives of young women across Georgia, especially in the Southern Crescent area.”

The ASCAPA does their very best to reverse the way that sororities are perceived to be in the media. “It’s about academics, philanthropy, community service, and sisterhood,” Eifert said. The purpose of this meeting is to “to dispel the notion that a lot of people have about sororities because a lot of people have misconceptions based on what they see in the media,” Eifert said. “We hold this event to let people know why it is a good thing to get involved in a sorority.”

This informational meeting will be held at Phi Mu National Headquarters located on 400 Westpark Drive in Peachtree City, Ga.