History teacher inducted into Close Up hall of fame 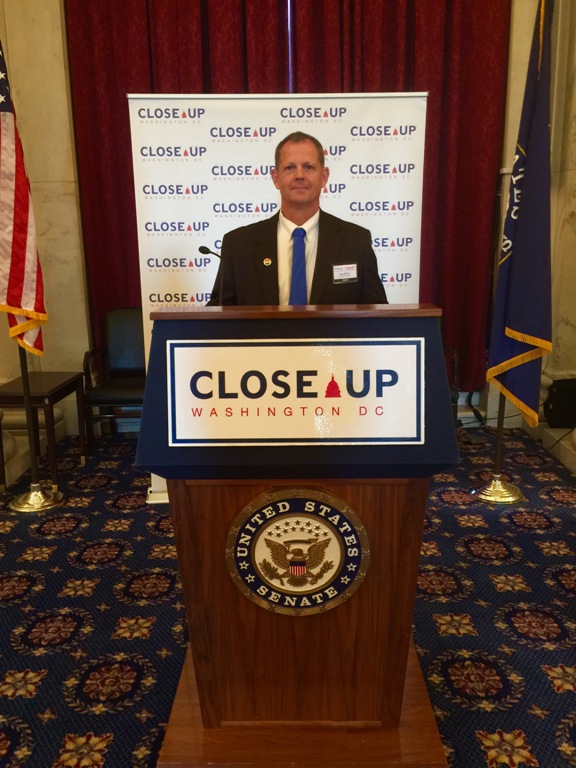 U.S. history teacher Jon Gloer at the Close Up hall of fame induction. Gloer became the fourth person ever to be inducted, and the first from Georgia.

Last week, Starr’s Mill’s very own U.S. History teacher Jon Gloer was honored in Washington D.C. as the fourth person ever to be inducted into the Close Up hall of fame.

“It was a great honor, and to be recognized by [my] peers was a good feeling,” Gloer said.

Since Close Up began in 1971, only five people have been inducted into its hall of fame. Gloer is the first from the state of Georgia. Gloer attended the ceremony with two of his family members on Capitol Hill in the John F. Kennedy room. Many U.S. senators and even another Close Up hall of fame inductee were also honored during the ceremony.

“To be the fourth person ever to be inducted was really special,” Gloer said.

This year’s trip, from Jan. 16 to 21, ended with students and Gloer seeing the inauguration of 45th President Donald Trump, and it marked Gloer’s 30th time going on Close Up. Gloer has accompanied Starr’s Mill students on 16 of those trips. He plans to go on Close Up as many years as he is able to. What keeps him coming back is “how the kids change every year,” Gloer said.

Even after many years of going on the trip, Gloer sees no end in sight.  When asked if he plans to attend Close Up for many years to come, Gloer said that he’s “never going to say never.”

Gloer is already making preparations for Close Up 2018. So far, more than 30 students have signed up and many more are expected. The deadline for students to register is Sept. 20.