Starr’s Mill cleans its way into the record books 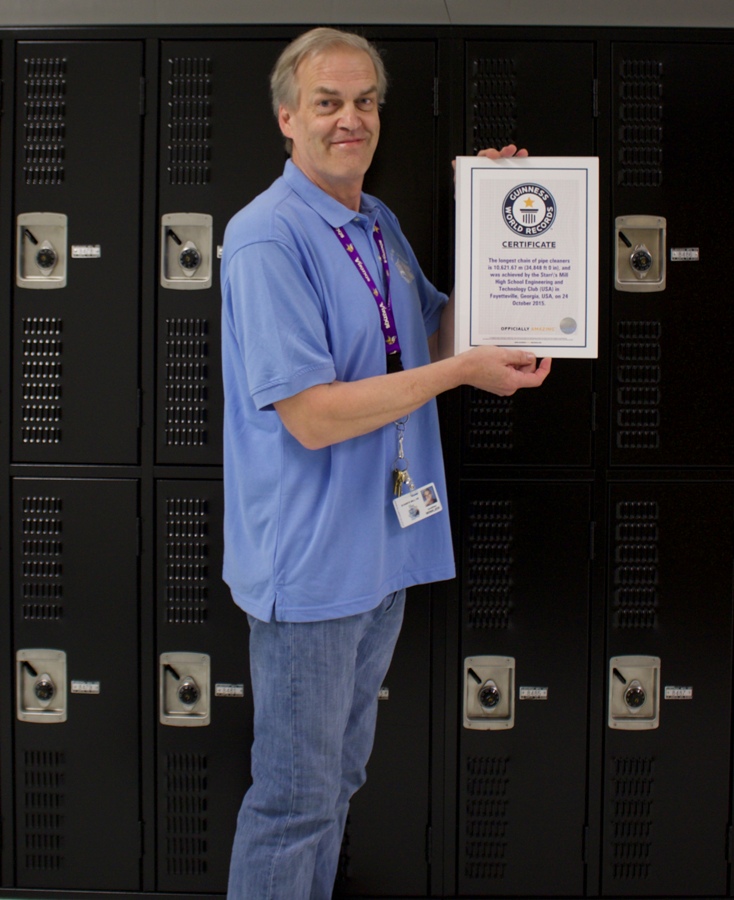 “It’s that sense of accomplishment that the students were looking for,” technology teacher Jonathan Winkjer said.

It all started with students in Winkjer’s technology classes donating boxes of pipe cleaners. Students in his classes then chained together the donated pipe cleaners and wrapped around large cylinders.

The cylinders were then transported to the track so that the chain could be laid out. Around 40 students, as well as many parents, came out to attempt the record on Oct. 24, 2015. The chain was made of a whopping 83,000 pipe cleaners, with some that even went unused.

After hours of work and very precise measurements, the final length of the chain was 10,621 meters, or roughly 35,000 feet. This not only shattered the previous record held by Oklahoma Children’s Cancer Association, but surpassed the original expectations for the length of the chain Winkjer’s students would create.

“This is a real world achievement that we have as a high school,” Winkjer said.

Now, the Mill is reminded of this achievement as the Guinness Book of World Records sent a certificate officially validating the breaking of the record.

The certificate is addressed to the Starr’s Mill Technology Department and will likely be framed and displayed in the technology room. Winkjer believes that Starr’s Mill will hold the record for many years to come, and he is even setting his sights on another major project for his classes.