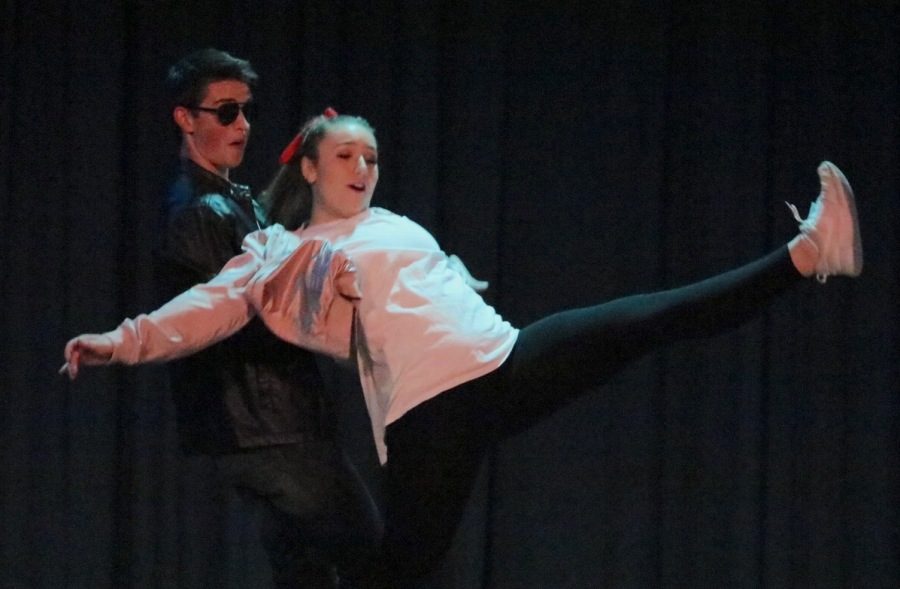 On Nov. 16, the Pantherettes hosted their annual fundraiser “Dancing with the Pantherettes.” All of the funds raised will help pay for the costs involved in the dance team’s upcoming competition season.

ABC can keep “Dancing with the Stars.” Starr’s Mill has its own version, and it’s a hit.

On Nov. 16, the Pantherette Dance Team hosted its fourth annual fundraiser, “Dancing with the Pantherettes.” The event was a talent show where members of the Starr’s Mill dance team, partnered up with an athlete from one of the Mill’s various sports teams. The duo then created a dance and performed it live in front of an audience and judges.

“It is an opportunity to bring different sports teams together for a night of talent and fun, and it helps the Pantherette Dance Team earn money for our upcoming competition season,” dance coach Sandi Johnson said.

The event is a fundraiser for the dance team and all the proceeds go toward the team’s busy competition season. This year the team earned $1,800 from the show.

Athletes and performers started working on their performances a month prior to the show. When performance time rolled around each routine featured various dances and a wide range of music. The duos danced to all kinds of songs and rhapsodies, including music from popular movies like “High School Musical 2” or “Teen Beach Movie.”

“The dancers were phenomenal. The athletes, they gave a valid attempt,” junior Henry Leonard said after watching the show.

The night ended with the presentation of awards. Antonela Kljajic, Sean Hickey, and Madeline Rodriguez judged the performances and presented first place to Rachel Tramante and Jackson O’Neal.

In the end, the night was a huge success. Along with earning the team more money, it gave the dance team members a chance to develop and work together with their partners. They also got to improve their dance abilities.

“I think the athletes enjoy being part of something entirely different and finding success. I’m sure they also enjoy working with the dance team and winning of course,” Johnson said.

This weekend, the Pantherettes travel to Sevierville, Tenn., for their first competition of the season.  The next three competitions take place in Ringgold, Ga., Hoover, Ala., and Orlando, Fla. before the team competes for the state dance title in the Georgia Dance Championship at McIntosh High School on Feb. 10.