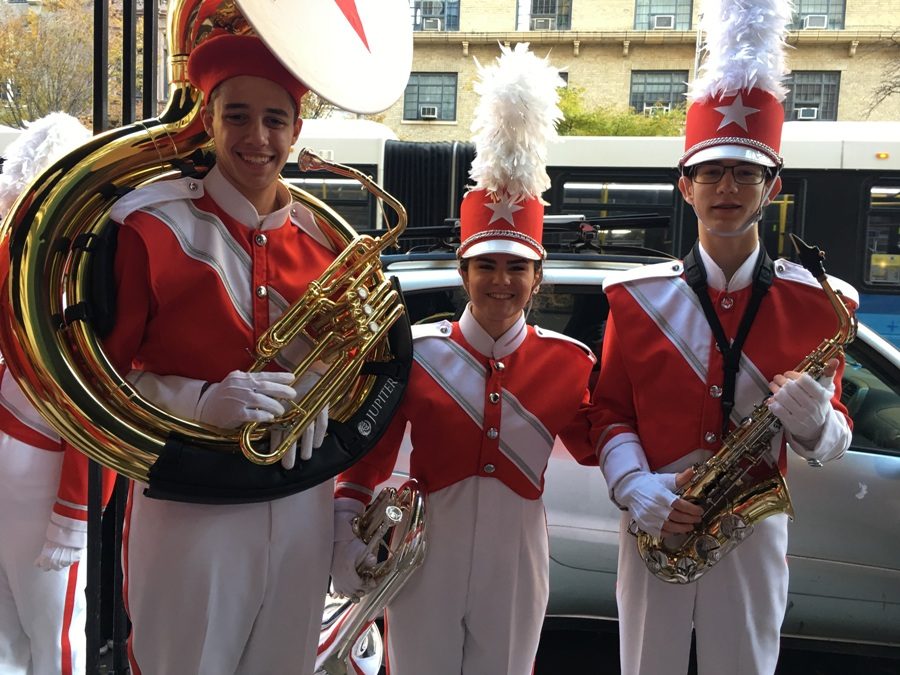 On Nov. 23, three Starr’s Mill students traveled to New York to march in the 2017 Macy’s Thanksgiving Day Parade. The marchers performed with the Macy’s Great American Marching Band and helped ring in the Christmas season.

For the majority of Americans, Thanksgiving Day begins the same way every year. The morning of the turkey holiday involves the entire family gathering together in their living rooms and watching the famous Macy’s Thanksgiving Day Parade. This year, the Mill was represented in the parade, as three students participated in Macy’s Great American Marching Band.

Juniors Zach Garcia and Camber Bransky and sophomore Kevin Allen joined the tradition of officially bringing in the Christmas season by marching down the streets of New York alongside 200 other marching band members. The band performed throughout the parade and even ended with the performance of various Santa themed Christmas songs, including “Here Comes Santa Claus” and “Santa Claus is coming to town,” as the famous figure arrived to end the parade.

The parade preparations began for the marchers in the band the Friday before Thanksgiving break. For a week, the band members spent hours preparing for the performance, with the knowledge that millions of people would be watching them that Thursday.

“A good half of the trip was practicing,” Bransky said.

Other than hard work, the parade also allowed the marchers to visit New York City and the landmarks it has to offer. The marchers met various people from around the country with the similar interest of music as them.

The end result of the parade for the Starr’s Mill marchers was only excitement and the marchers look forward to going back to New York for the 2018 parade. “It’s an incredible feeling,” Garcia said. “I remember finding [Bransky] after we performed and she asked how was it, and I think I just screamed, ‘I just marched in the Macy’s Day parade!’ It was crazy, just the realization [of it.] It’s indescribable.”