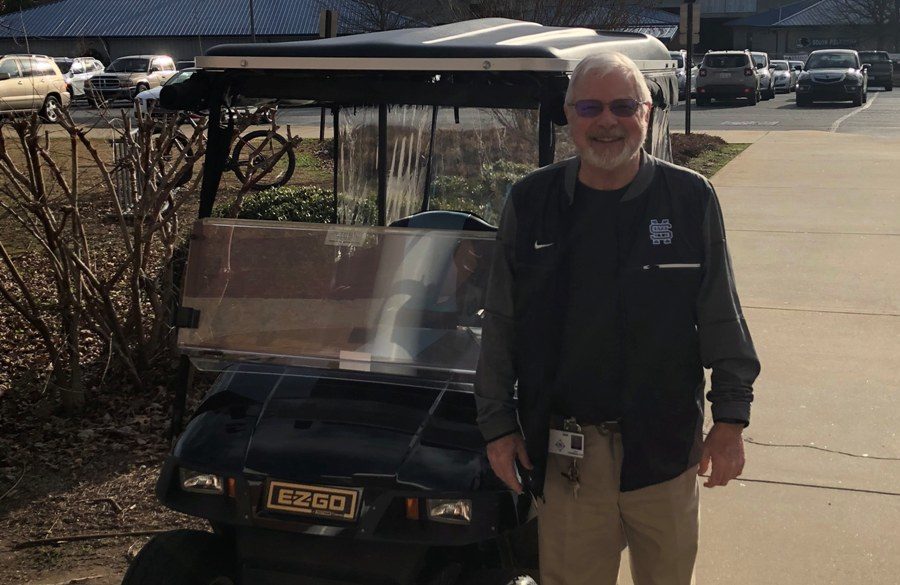 Fred Harrington outside of the attendance office with the parking lot golf cart. Harrington just started his job as parking lot attendant after working with the school for more than 10 years.

Last week, Starr’s Mill welcomed a new parking lot attendant. Fred Harrington, originally from College Park, has been a part of the school since it opened.

“I have been a senior here at this school longer than most of you have been alive, but they won’t let me walk or get a diploma,” Harrington said.

Between filming almost every football game to being married to Terri Harrington, former principal Sam Sweat’s secretary, Harrington has played a part in Starr’s Mill since it opened. Now, 21 years later and after sending three kids through Starr’s Mill, Harrington is officially a Panther.

“I like the atmosphere and the students here,” Harrington said.

Along with his duties here at the school, Harrington helps raise two of his grandchildren which “keeps him busy.”

Jeff Holmes, the previous parking lot attendant, left the school at the beginning of this semester to spend time with his children and grandchildren.