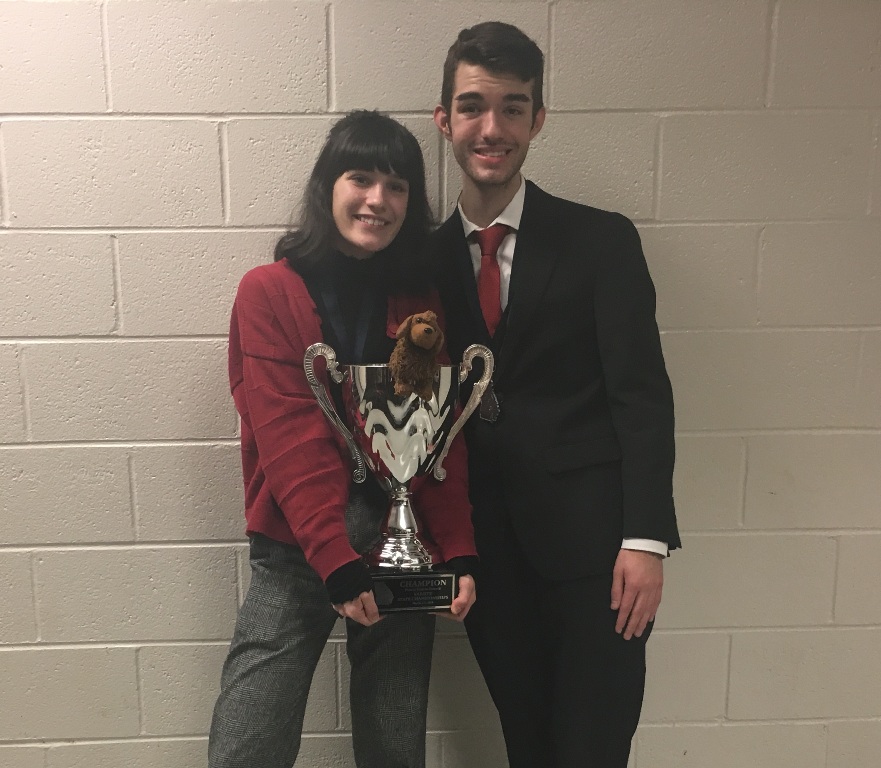 The debate team’s season concluded this past weekend at the state meet. Seniors Madi Hyson and Tyler Holt are two of the four participants who placed in their events. Both Hyson and Tyler took first in the Public Forum competition.

The 2017-2018 speech and debate season recently concluded at the varsity team’s final meet at Lassiter High School. Over the course of two days Starr’s Mill students debated and spoke their hearts out on a variety of topics, fighting for the highly coveted titles and awards that come from the state event. The tournament proved highly successful for the team, earning several awards throughout the competition. However, some students had mixed emotions about the outcomes of the meet.

Overall, the meet proved highly successful for the team. Four students walked out of the event with awards and distinctions:

Even with the successes, some students felt the event was not the National Speech and Debate Association’s finest. Debater and junior Cole Wittbrodt, for example, felt the judges in two of his events were inexperienced and not ready to judge a varsity-type event. He felt that the judges were impressed by both arguments and basically “coin-tossed” the results. This means the judges just sided with one speaker without a decent argument to not side with the other. “Compared to previous debate tournaments, this one did a poor job recruiting experienced judges,” Wittbrodt said.

Despite the negativities, the event proved to be a successful end to the speech and debate season. “[Brandon] Kendall and I are very pleased with the team’s success,” team co-sponsor Sean Hickey said. “With continued hard work, the Speech & Debate Team will have another excellent season next year. The team is a great combination of novice and veteran members.”

While this event is not the end for some, it is a sad finale for others. Along with it being the last varsity meet for seniors, both club sponsors, Hickey and Kendall, have coached their last state tournament. The team’s coaches have finished their run as sponsors. “I’m not sponsoring speech & debate next year because I have two very small children, both under the age of three, and debate consumes far too much of time when I really should be spending it with my family,” Kendall said.

For some, however, the speech and debate season is not entirely over. Two highly successful debaters, juniors Blythe Terry and Michael King, will travel to Fort Lauderdale, Fla., June 17- 22, after earning invitations to the national competition.