Octagon Club brings hunt for Easter spirit to the Bubble 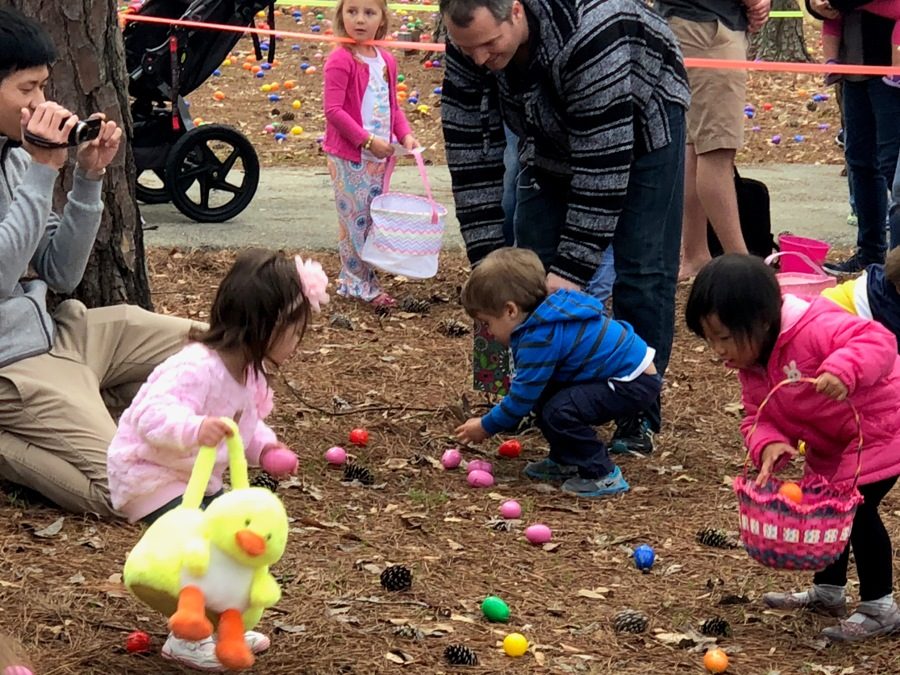 The Octagon Club hosted their annual Easter egg hunt on March 24. Every year the event is held to give back to the community and raise awareness about the club.

The Octagon Club co-hosted their annual Easter egg hunt on March 24 at the Peachtree City amphitheater. With the help of the Peachtree City Fire Department and the Optimist Club, the adult version of Octagon Club, the group put on another successful hunt. “It is one of the local service projects that Octagon and Optimist Club has always done,” club sponsor Sean Hickey said.

Every year the club hosts the event to give back to the community and allow the children of Peachtree City to have a fun Easter and an opportunity to participate in the tradition of egg hunting. They even include a visit from the Easter Bunny. The club also uses it as an opportunity to inform people about Octagon Club. “[The event provides] positivity for the local children and raises awareness about the club’s existence,” Hickey said.

The event itself has been going on long before Starr’s Mill was even built, though it has always been run by the Octagon/Optimist Club. In fact, most of the parents attending the event participated themselves when they were children. “It is essentially generational in Peachtree City wherein adults who were children are now bringing their children to participate,” Hickey said.

Peachtree City firefighters also did their part on Saturday as they provided fire trucks, a bounce house, and an opportunity to talk to firefighters and see their work dogs. They also provided safety and first aid.

The event included five different egg hunts, each individualized for specific groups of children. There was even a hunt for children with allergies. The event also featured bounce houses provided by the Optimist Club and fire department.

Inside the eggs were a variety of prizes including food and raffle tickets. The tickets were used at the end of the event where participants had a chance to win giant, plush bunnies.

One of the largest highlights of the day came from a visit from the Easter Bunny himself. The Easter figure head visited with kids throughout the event and cheered the hunters on as they searched for eggs. This year, senior Sara Biddle played the holiday character.

Students interested in joining the Octagon Club can see Sean Hickey in room 817.