Students dress their best to strive for success 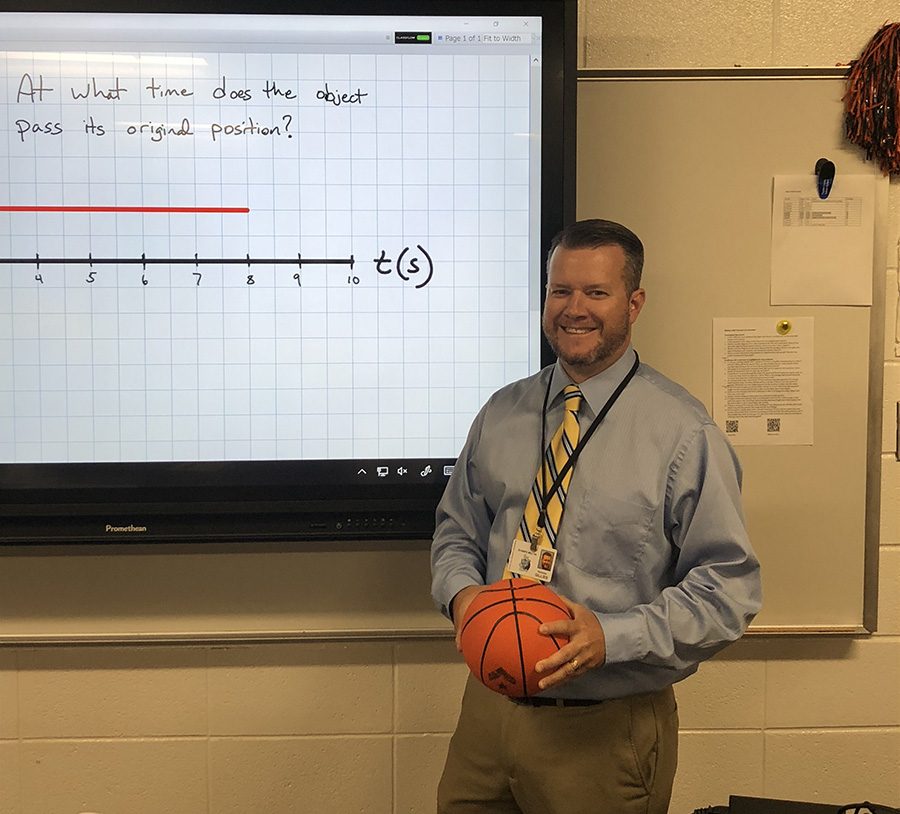 Gillies dressed up and ready to go on the first Wednesday of school. Dress for Success Wednesdays are a new tradition to the Mill and all students are both welcomed and encouraged to participate.

This year, physics teacher Nicholas Gillies is bringing back dress for success Wednesdays. The tradition, started by Gillies last year, involves Gillies and his students dressing up in their nicest apparel to show off their style while also striving for academic excellence.

The goal of dressing up is so that students may be an embodiment of success which may help them envision success in their future.

The young tradition has been through a lot since its beginning. As of second semester last year, occasionally his students and even Gillies himself forgot to dress up every Wednesday, making the custom seem as though it would die out.

“We had a lot of weeks in second semester that we didn’t have school on Monday, or the breaks and I didn’t know what day of the week it was sometimes,” Gillies said. “I wasn’t reminding students anymore but I would show up to school on Wednesday in my polo and students would be dressed up and I would be like ‘Crap, I forgot it was Wednesday’.”

Gillies’ inspiration this year comes from the persistence of senior Sarah Kelly. Last year, Kelly was Gillies’ only student who dressed up on every single Wednesday, and she still stays committed to dressing up this year even though she is not in one of Gillies’ classes.

“[Dress for Success Wednesdays] makes me feel empowered and centered for a successful day,” Kelly said.

All students in the school are welcomed and urged to participate in the tradition so that they may be more confident both in their appearance and in their schoolwork.