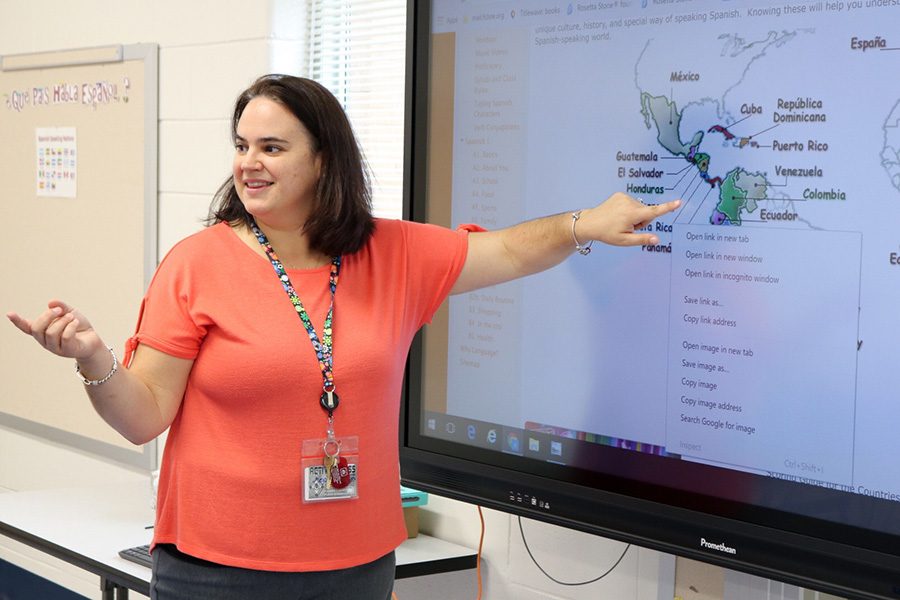 “We have a global world and we need to have students that are bilingual,” Peeples Elementary Principal Buffy Blodgett said.

Beginning this year, Peeples Elementary, which shares a campus with and is part of the feeder pattern for Starr’s Mill High School, has added another day in its “Specials” rotation.  Along with three days of physical education, one day of art, and one day of music, students will now have a sixth rotation: world language.

As a person ages, the brain becomes more developed and it becomes difficult to learn new languages. Children’s brains, however, are accustomed to comprehend more than one language. They have an advantage when it comes to memorizing new phrases.

If a person is taught one language first, they have to compare it to the second language in order to understand. Children at a young age can learn both languages at the same time. They do not have to translate words. For example, when a child sees a dog it can be instantly understood “dog” or “perro’’ without having to translate — they understand the concept in multiple ways, without the foundation of a first language holding them back.

“You don’t realize that you’re working on it,” Bruijn said.

Students at the Mill have experienced the struggle of learning a world language. It can be stressful, especially considering it’s a requirement to take two years of a foreign language to graduate.

Since language classes have been treated similar to academic classes, students often lose motivation for learning the language of their choice. Students become more focused on passing an exam than actually benefiting and gaining from the material in the class.

Peeples Elementary having a language program helps them stand out from the others. Starting children off early will help give them an advantage in their future.