Silvas sets the scene for October with spooky One Act 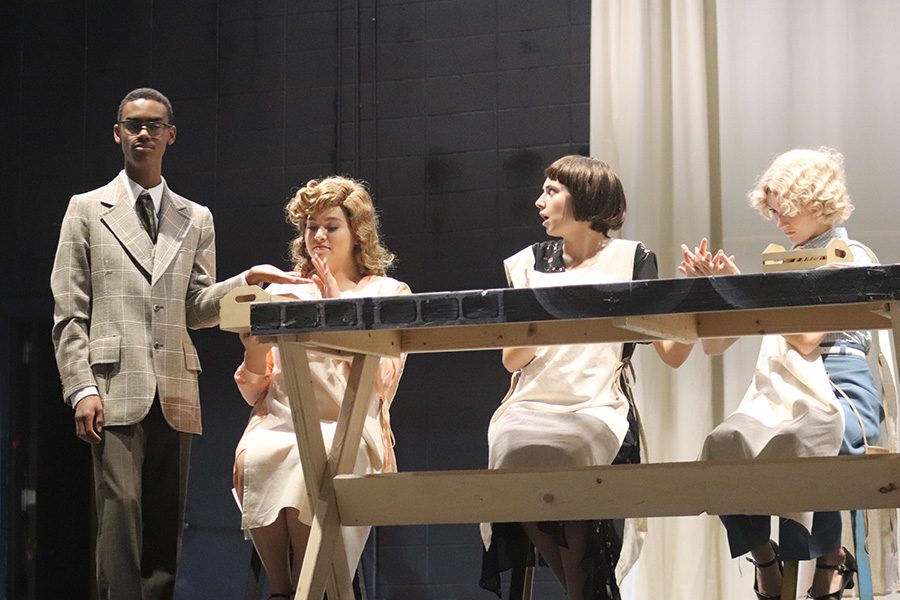 Starr’s Mill Thespians perform ‘These Shining Lives’ in the 2017 GHSA Competitive One Act. Under the direction of drama teacher Savahna Silvas, Starr’s Mill won the GHSA state competition. This year Silvas has chosen ‘The Insanity of Mary Girard’ to help the school defend its state title.

Savahna Silvas, head of the drama department, has selected Starr’s Mill’s one-act play for the 2018-2019 school year. This year Troupe 6412 will go insane performing the one act ‘The Insanity of Mary Girard’.

“I’m excited to tell a story that will shine a spotlight on this specific time period and this particular setting,” Silvas said.

‘The Insanity of Mary Girard’ is a drama about a woman placed in an asylum who may or may not be insane. The cast was announced with only six characters. Mary Girard was cast to junior Sydney Turnier, senior Ryan Allen will play Stephen Girard, senior Blake Ryan will star as Warder, junior Celeste Boullion as Polly, junior Anna Samson as Mrs. Lum, and sophomore Seth Moan as Mr. Phillips.

“Everyone who auditioned was extremely talented and it made it quite a challenge to cast. All students showed potential and rare honesty to the characters,” Silvas said.

The public performance is October 18-21 in the Willie Duke Auditorium. Silvas and cast will attempt to defend last year’s GHSA One Act state championship beginning with the region competition at Whitewater High School on Oct. 27.