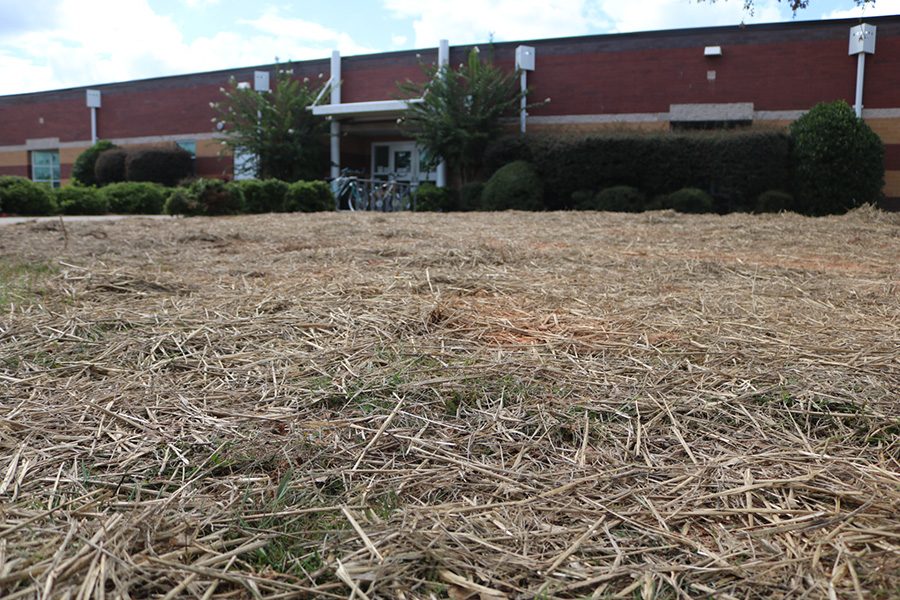 The facilities workers had to dig up the attendance entrance in order to fix a clog last week. The project was completed in two days.

Starr’s Mill has been constructing two things recently due to the 20 year renovations. One is a better learning environment for all its students with new tools and devices that all can benefit from. The other is doubt in the minds of its students and faculty that the renovations will ever get done. However, the quick turn around on the school’s latest project may put those concerns to rest.

“I will have to give credit to our Facilities Services crew. They focused their time on this project due to the critical need of the restrooms,” assistant superintendent Mike Sanders said.  “Since the project included trenching a large hole, they knew that time was of the essence and could not leave an open trench on campus for very long.”

The bathroom on the foreign language hallway recently suffered from a plumbing issue that was traced to the attendance entrance pipeline. Underneath the ground by the entryway, the pipes from the bathroom had been blocked by plant growth that caused facility workers to dig the pipes up and fix them. This was not an easy task to conquer, especially with the school already busy with renovation work. It also meant having to shut down one of the most heavily used entrances in the school.

The project was predicted to take a week. It started on Sept. 17, just a few days after the clog had occurred. However, the workers, realizing the need for the entry, and wanting to show that construction work could get done in a reasonable amount of time, finished in two days. In fact, everything was back to normal by the start of the school day on Sept. 19.

The project crew was not the same group responsible for the renovations. However, the quick work does give hope to the future of construction work at the Mill. “The renovations are a different project,” Principal Allen Leonard said. “But the county facilities department they made that project a priority because it shut down the bathrooms and we were also very fortunate that the location of the clog was at a place that didn’t require a lot of extensive [work].”