Sand in the wind 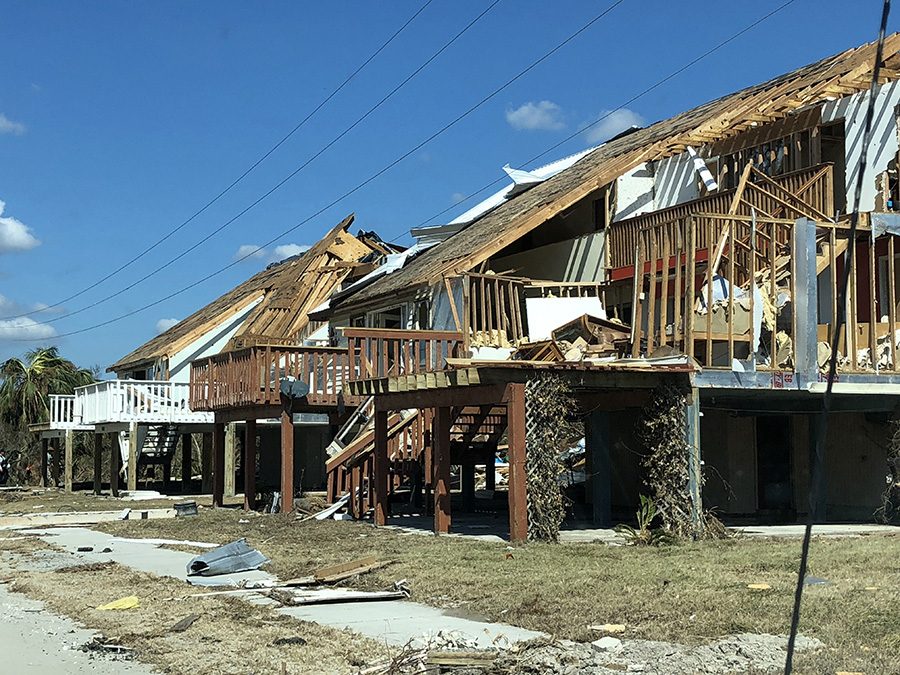 The aftermath of Michael becomes a reality for those residing in Mexico Beach. On Oct. 10, the most powerful hurricane on record to hit the Gulf Coast decimated homes, businesses, schools, and the lives of many.

On Oct. 11, as the sun began to rise in the east and birds began to chirp nature’s melody, the nation watched as the horrendous power of Hurricane Michael left the Panhandle State beyond recognition. Now it seems this near Category 5 hurricane has either left homeowners with extensive damage or just sand in the wind. 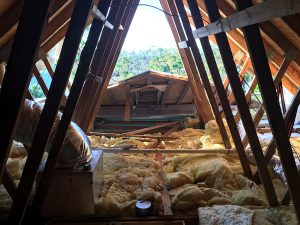 Submitted by Thomas HolidayThe extensive damage to the Holliday’s home came mainly as a result of the damage done to their attic. Because the roof of their home was virtually torn to pieces, the rain from Michael made its way into their walls, furniture, and flooring.

While Peachtree City only encountered Michael as a thunderstorm with slight winds, the hurricane still managed to impact many of the golf cart community’s residents. One family in particular, the Holidays, knows the aftermath of this storm all too well.

“Part of the wall to where the attic is was blown down, so it took down some of the roof and left a gaping hole in the top of the house so that all the rain came in and soaked through the carpet,” Holiday said of his family’s home located at Port Saint Joe, a five-minute walk from the beach. “It also blew a hole open in the ceiling of one of the rooms on the second floor so all the rain poured in through that hole, soaked through the carpet and the floor, and made water marks all over the ceiling and the floor.”

Because the gulf coast of Florida had never encountered a storm of of such strength until Michael, residents had no reason to purchase more than Category 3 regulation windows and other fundamentals to help combat the sheer force of the wind itself.

“We boarded over all the doors and put some stuff that we normally keep under the house inside the house,” Holiday said.

Even as the predictions approached Category 5 Holiday knew there wasn’t much more the family could have done.

After safely taking refuge in their peachtree City home, the local family had no idea if they even had a house anymore come Thursday morning.

“We saw some satellite photos and knew something was wrong with the roof. It just looked off, so we expected something to be wrong,” Holiday said. “We drove through Mexico Beach to get to our house, and saw houses that were pretty much beheaded — half the house was across the street and the other half was on the other side,” Holiday said.

In just a couple of days, Mexico Beach, a once vibrant small town thriving with success, turned into a war zone. What lie ahead on the Holidays on their now seemingly hopeless journey could very possibly be beyond repair. 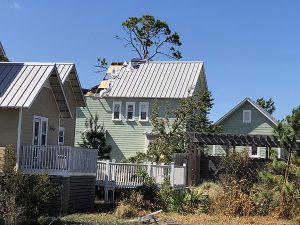 Submitted by Thomas HolidayHurricane Michael arrived at Port Saint Joe bearing winds nearly classifying the storm as a Category 5. This image provides a depiction of the Holiday’s first observations of their disfigured home.

“There were lots of people walking around. It looked there were search and rescue teams,” Holiday said. “There were people tearing out like couches and mattresses. Basically pulling everything out of there houses to the side of the road.”

For now the Holiday family is dealing with the aftermath of a devastating storm step by step. However, it is unsure where their next stride will take them.

“We put up a tarp to try and cover the hole, but it’s not going to do that great of a job. We’re also talking about maybe trying to cut out some of the parts that are broken and kind of putting in some new joists and stuff to replace some of the things that are damaged and then to build a frame to try and stretch a new tarp over,” Holiday said.

The family will most likely have to gut their entire house of its furniture, flooring, walls, ceilings, paintings, and other meaningful items.

As strong as Hurricane Michael may have been, it cannot weather memories or destroy the true foundation of a home: family.

“We are thankful that we still have a house. It’s just water damage,” Holiday said. “It’s kind of severe, but the house is still there and we’re not looking for anyone in the family. It’s not like we lost everything.

While most of the demolition from Hurricane Michael struck the Sunshine State, there are people all over suffering the repercussions of this natural disaster, some even in this community.

Click here for one way you can help families impacted by Hurricane Michael.