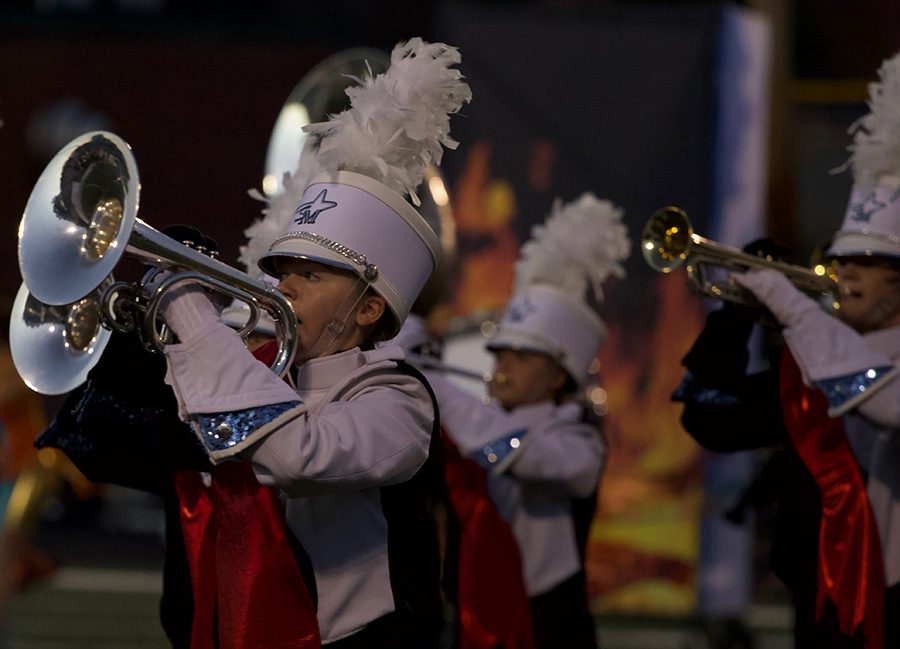 Panther Pride performs their show during halftime against Whitewater. So far this season, the band has placed second and eighth in competition.

Last Saturday, the Panther Pride performed at the Contest of Champions, placing eighth out of 12 schools in the Platinum Division.

Despite competing against much larger schools, the results of the competition came as a shock to band captain Zach Garcia.

“I think we that we were disappointed because it was one of our best runs,” Garcia said. The band was performing against some of the largest bands in the region. This proved to be a bigger problem than necessary. “When it comes to the judges comparisons, they placed an unfair score against us,” Garcia said.

The band has one more competition this season. “I’d say we are working harder to do well Saturday,” Garcia said. “There is always something to fix, the clean, the angles, the music. We can always improve the show.”

The season’s final competition is the Northwest Marching Championship at Cass High School in Cartersville.