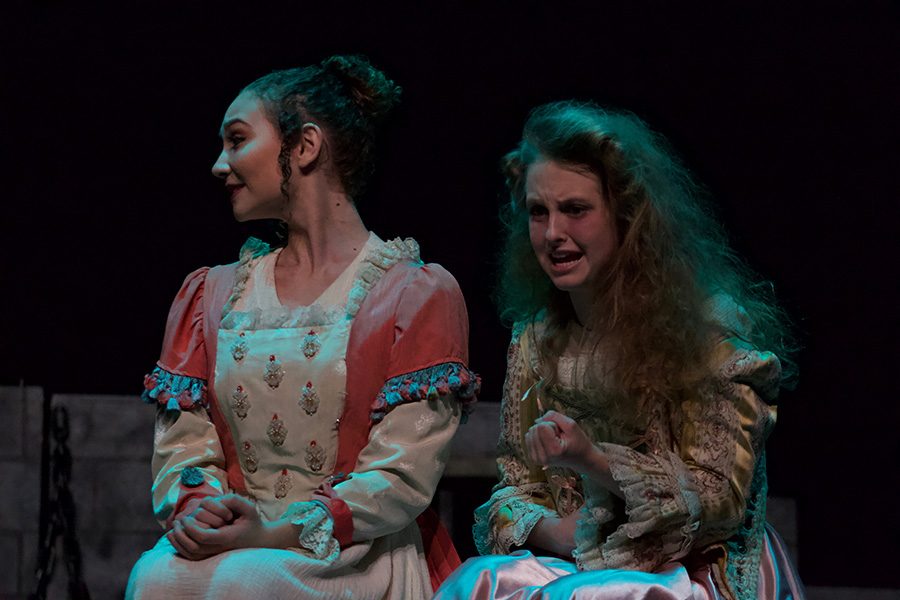 The annual One Act Play competition took place on Oct. 27 at Whitewater High School. Starr’s Mill brought their production, ¨The Insanity of Mary Girard,¨ back to life at the competition after performing it live for the Mill the week prior.

“I think [the performance] went great. I think the students went out there and left it all out on that stage. They gave a performance that I’m very proud of and I know they were as well,” drama department director Savahna Silvas said. “Their main goal is always to honor the characters that they are portraying and I think they did a wonderful job at doing that.”

Starr’s Mill placed third at the competition coming behind McIntosh, who took second, and Whitewater in first. The group also won several individual awards in cast and tech:

The drama troupe does believe they could have done better in some areas. They believe both the limited time they had to set up their technical equipment and the new performance setting hindered their ability for a perfect performance.

“When we compete somewhere else we don’t have that home court advantage, so to speak,” Silvas said. “We don’t get any time with their system. We get ten minutes right before the show for lighting system and sound system. So our techs are having to in ten minutes condense whatever they did here and just kind of figure out what to do there.”

Nevertheless, the show went well for the young Thespians and it turned out to be a great season.

Now with One Act season complete, the Starr’s Mill drama department moves on to their next show, “Back to the ‘80s,” premiering Feb. 28 in Duke Auditorium.  Students interested in auditioning, can visit Silvas’ room to get paperwork for this Saturday’s auditions.