MHS raises the stakes on future of FCBOE education 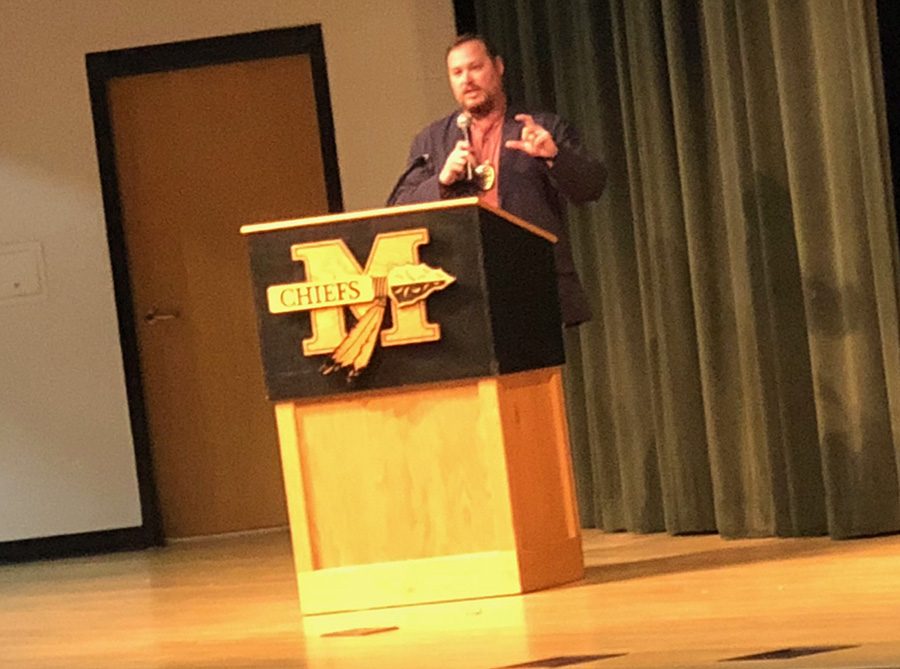 McIntosh High School hosted a stakeholders’ meeting on Nov. 15. The meeting talked about their school’s future plans and vaping in the county.

McIntosh is currently the only school in the county that doesn’t have a seven-period day. The school was given the option to switch from its six-period day back in 2014 along with the rest of the county, but stayed back as they didn’t see any flaws in the old system. However, coming next year, the school will start offering seven periods in order to make student schedules more flexible and allow time for new electives.

Following McIntosh’s big announcement there was information on vaping. While the program was directly about McIntosh, it did provide important data that could be taken back to Starr’s Mill.

Officer Chris Judy led the discussion and explained why vapes are so popular in high school. Taste was the biggest reason he listed, but he also explained that vapes give students a false sense of safety. Students believe vapes can be used without consequence, but new studies show the true dangers of e-cigarettes. And now, health isn’t the only worry students have while vaping as e-cigarettes are illegal on campus.

“It is illegal for anyone under 18 to have e-cigarettes and it is illegal for everyone to have them on school campus,” Judy said. If one is caught with a vape on school grounds the first offense is three days in-school suspension, a consequence that could have costly effects on a student’s future.

Along with listing the reasons students vape and the negatives vaping causes, Judy mentioned some shocking statistics. He said that when given a survey on vaping at MHS, 40 percent of students replied that they vaped and many began as early as the seventh grade. Judy even said that students used vapes to conceal THC, a product used in marijuana, for consumption and sale later on.

“Forty percent of kids in MHS who responded [to the survey] said they vaped,” Judy said. “Some even started in the 7th grade, which is why we try to push the [Drug Abuse Resistance Education] program in elementary school.”