Cast of ‘The Snow Queen’ sparkles 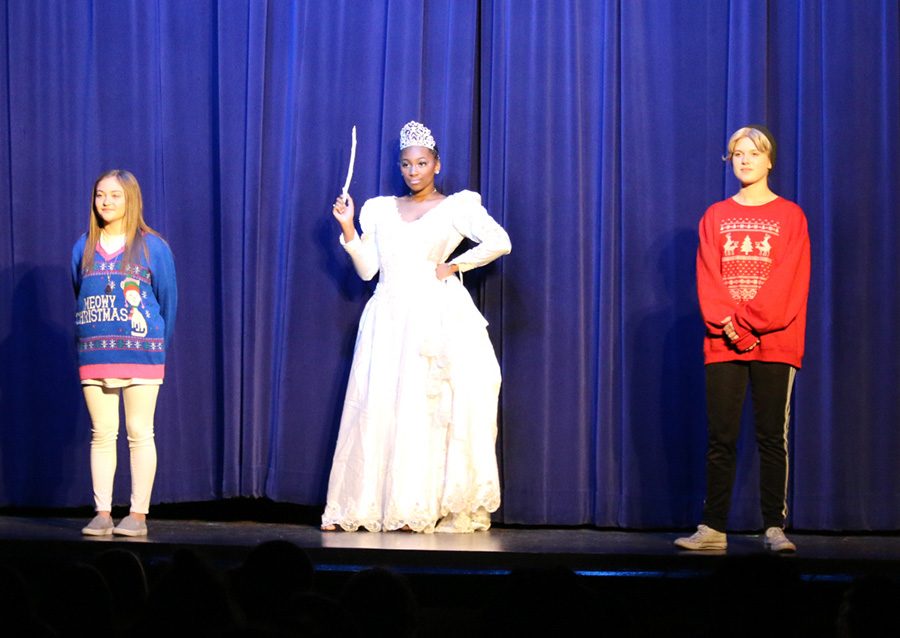 The cast of the drama department’s rendition of “The Snow Queen” present the beginning of their play. “The Snow Queen” tells the story of a young boy named Kai whose heart is frozen by the Snow Queen and the adventure of his best friend to rescue him.

On Dec. 7, Starr’s Mill’s Drama II students performed their rendition of the infamous play “The Snow Queen.” With just five cast members to carry the play and student directors, the play could have easily crashed and burned. I’m happy to report that the play couldn’t have been better, especially under the circumstances.

“The Snow Queen” tells the story of a young, adventurous boy named Kai whose heart is frozen by the Snow Queen one day while he is outside playing. The Queen then brings Kai to her palace to be her successor all while doing everything in her power to make sure that his heart stays frozen. The only chance of salvation can be found in his best friend who may earn some unlikely help along the way in her quest to save him.

The play was fun and light-hearted, perfect for helping anyone get into the holiday season, but the plot wasn’t what was best about the performance. The students made the play work. Having only five cast members can be tough. Most scenes had to be carried by just two characters, sometimes even one. Each actor had to bring life to an otherwise empty stage, and in this endeavor they succeeded. The play never once felt dull or limp, but rather full of life just as it should be.

Many more people than just the cast members were involved in putting on the play. Students were in charge of lights, props, sound, and directing. That said, the play went off without a hitch. Timing was perfect and props (while not elaborate) were whimsical and meaningful. And the entire production was put on by students. I couldn’t be more impressed with our drama department.

After last year’s graduation, I had heard some concerns that the drama department might have a lapse due to the absence of Jo Dearman and her many talented peers. No one, myself included, should have worried. Starr’s Mill’s drama department is still full of talented and dedicated students. Their performance of “The Snow Queen” only proved what should have been obvious: what makes Starr’s Mill so brilliant are its students.