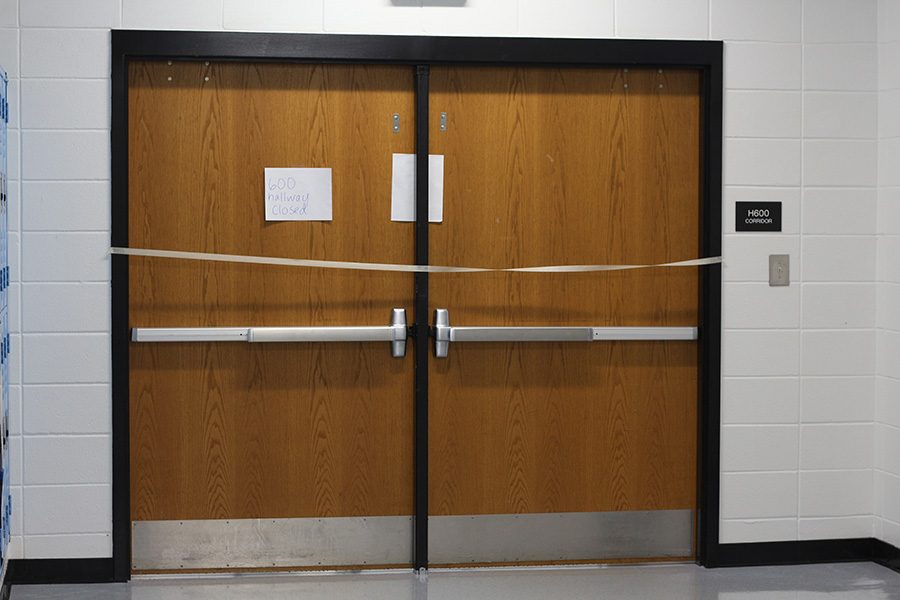 The 600 hallway was closed this morning as a result of a suspected gas leak. County workers and school administrators quickly resolved the issue, and the Mill was back to normal by second period.

This morning several classes on the 600 hallway were forced to relocate due to a suspected gas leak.

“Facilities services did a great job,” Principal Allen Leonard said. “They found what they believe was the source of the gas, repaired and then checked the entire gas line on that hallway and every classroom.”

Workers from the county facilities department received a call this morning after teachers reported a strange gas smell. Facilities services was on the scene before first period began.

“Our HVAC system kind of takes all the air and circulates throughout the entire hallway, so we cleared that out and were able to get back to a normal bell schedule by second period,” Principal Allen Leonard said.

The cause of the suspected leak is still unknown. Administration notified parents once the situation had been resolved.