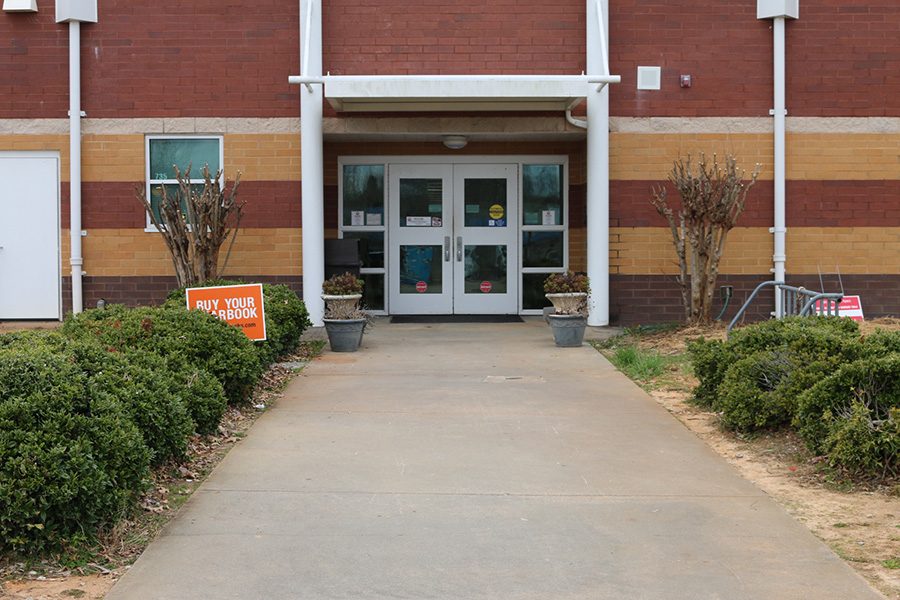 The shrubs behind the attendance office were taken down to keep Starr’s Mill safe from any threats that may try to enter the school. Fayette County has taken down both the shrubs and bird feeders at the Mill to keep the school a safe and healthy learning environment.

The 2018-2019 school year has brought many enhancements to Starr’s Mill. One of the newest changes came as a response to the growing concerns for safety in schools and the rat problem that plagues the Mill.

Shrubs behind the school and all bird houses have been removed from campus.

“The bird feeders were removed because they were a possible food source for rodents,” Director of Facilities Services Mike Satterfield said. “The large bushes were removed for security reasons.”

Earlier this month Satterfield and his team arrived at the Mill to take down any of the shrubs that were large enough to block the view of windows or allow a person to hide behind them. While some shrubs were allowed to stay, the ones at the attendance office were given the most attention to prevent any threats from entering the school.

“[The shrubs] had gotten so big they were completely blocking the view from the windows, particularly at the attendance office,” Satterfield said. “They were large enough that someone could hide behind them at the entrances to the school.”

The new changes at the Mill will provide a safer, healthier environment for students.