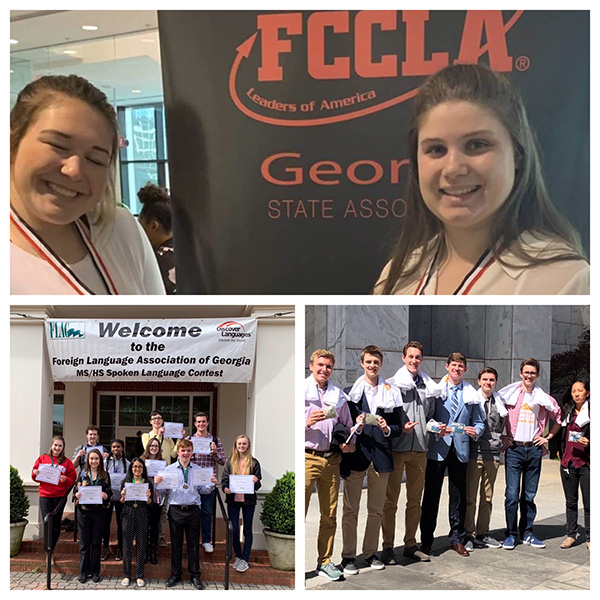 Students in HOSA, FCCLA, world languages, and economics competed all over the state, earning multiple awards, recognitions, and honors.

If you ask Principal Allen Leonard how things are going around the Mill, expect him to answer, “It’s a busy time.” This past weekend proved Leonard’s words true, with Starr’s Mill participating and placing in four separate academic competitions.

“Paige and I worked together and Mrs. Via told us we made nationals, so we’re really excited about it,” Edwards said. “Our names are in the newspaper, so that’s pretty cool.”

“We stress the importance of being able to communicate in a language because at the competition they sit down with a judge, the judge is just another teacher somewhere from the state of Georgia, and have a conversation with that person in the target language,” Spanish teacher and department chair Laura Alldredge said. “[Students] have to be able to talk and answer the questions in that language, so communication skills are hugely important and we work on that in our classes.”

“It’s a more rigorous preparation, so the kids who participate do some serious studying,” economics teacher Mark Decourcy said. “[Econ Challenge] is another way for people to be exposed to economics. I’ve had kids that have done this in the past who went on to be econ teachers.”

“I think that we have a large number of different programs available in the building that are incredibly successful and provide our students with opportunities for success,” Principal Allen Leonard said. “With all of those activities, it just further goes to show the quality of the education that our kids get and the quality of opportunities that they have here at Starr’s Mill in all facets of their development.”