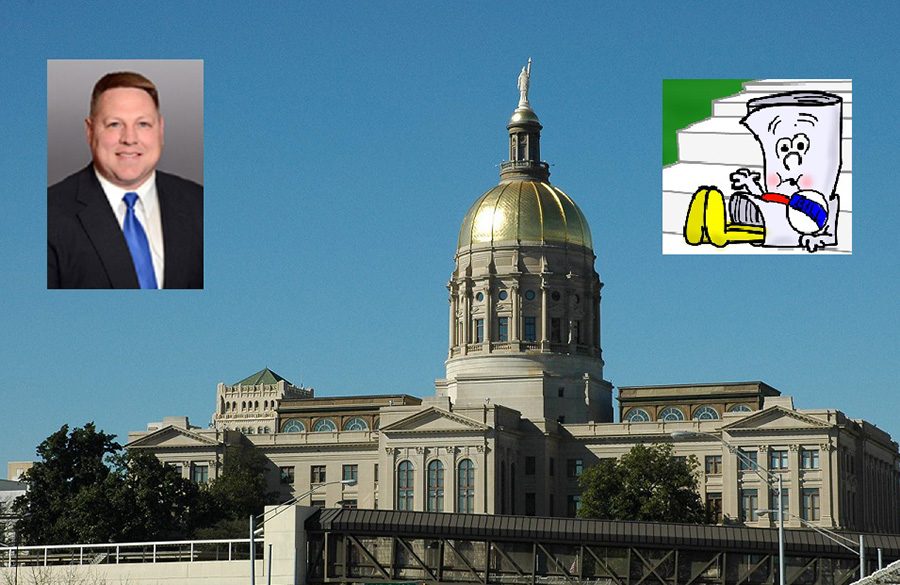 Photos via Georgia House of Rep., Wikimedia, and Sketchport under Creative Commons license

Georgia State Congress just finished its 2019 session and Governor Brian Kemp is about to sign the final bills into law.

Representative Josh Bonner represented Fayette County at this year’s session and helped to get multiple pieces of legislation through the House, including two of his own bills that will benefit Peachtree City and Fayetteville.

The first involved Peachtree City and it allowed the city to create a Community Improvement District. This type of district allows a certain area of a city to be taxed to improve that area.

“Peachtree City is trying to figure out a way to create a central downtown area,” Bonner said.

Bonner also got a bill passed to help the residents of Fayetteville. This soon to be law will allow Fayetteville to create a Facilities Board that will borrow money to build more buildings faster and at a lower rate.

“The impact of having this bill passed is that it will allow the city, that has a lot of projects in the books, to do it faster and at a lower rate,” Bonner said.

Several other major pieces of legislation passed that will affect the state as a whole.

One bill will ensure safe, secure, and accessible elections. Under this law, the Secretary of State can get new voting machines to make elections more fair and safe for all voters.

Bonner also mentioned bills that respond to national issues today. The first is a school safety bill which will require a more detailed plan for every school in case of a mass shooting emergency. The plan will be reviewed and will require things like who reports concerns, cameras, entrance points, and even a mass casualty response drill.

“They got to have somebody come in and review the plans for the school and give recommendations on everything from physical security to personal security,” Bonner said. “It will make it easier for students to report things as well.”

The other was in response to the abortion law recently passed in New York. Under New York’s new bill abortion is allowed until the birth of a child. The new Georgia law will act against this idea and will limit abortions from the current 20 weeks to until a heartbeat is detected. This will not affect women who have been raped, might die if they continue with the pregnancy, or are having a medically futile child. The new law has been deemed, the Living Infants Fairness and Equality Act.

On the fiscal side of things Bonner helped allocate a $3,000 pay raise in the budget for every teacher in the state and pass a bill that will allow the governor to ask the federal government for money to give health insurance to a quarter of a million poverty-stricken Georgians.

Bonner will be back for the 2020 session to help pass more laws for Georgia and is planning on running again for the 2021 session.