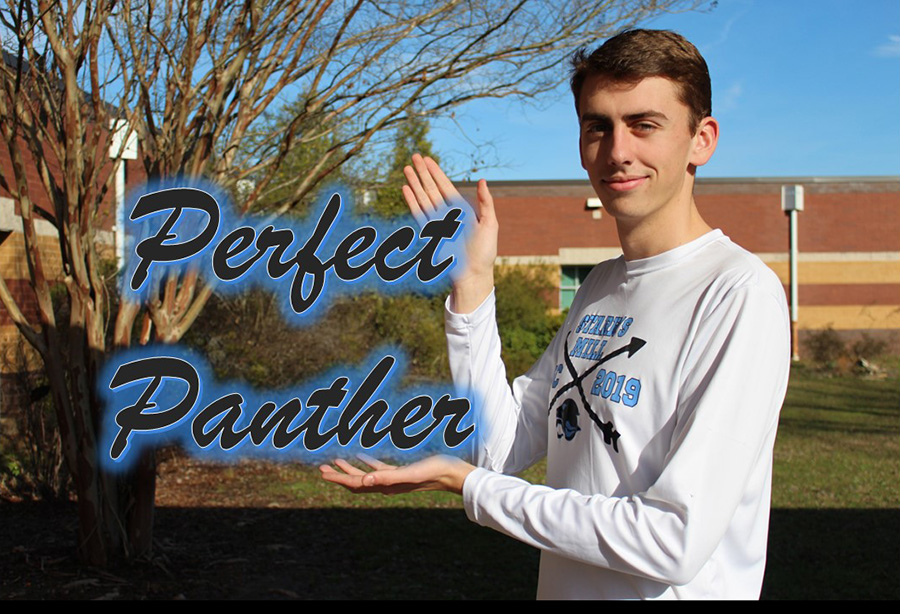 Senior Zack Dearman earned a 36 on the ACT, the highest score possible. He is just one of 4,879 students in the nation who earned a perfect score on the exam.

Only 4,879 people out of the 1.8 million people who take the ACT each year get a perfect score on the test. With a 36 on his most recent attempt, senior Zack Dearman placed himself within the top half of the top 1% of all test takers.

Dearman took the test four times, increasing his score by one point each attempt. His last attempt was on Dec. 14 at East Coweta High School.

“The most difficult section of the test was the English section, because it’s all of the small intricate precision stuff,” Dearman said.

To prepare for the exam, Dearman used the provided online reviews and got extra math worksheets from math teacher J.B. Campbell. He also has figured out many tricks for taking the test to further improve his score.

“If you don’t know the answer to the question immediately, skip it and come back to it. For the science [section], reading the experiment is a waste of time,” Dearman said. “For the English section, when in doubt, add the comma.”

Dearman’s hard work and preparation clearly paid off in the end, but he had to make sure that he wore his lucky Batman socks to the test.