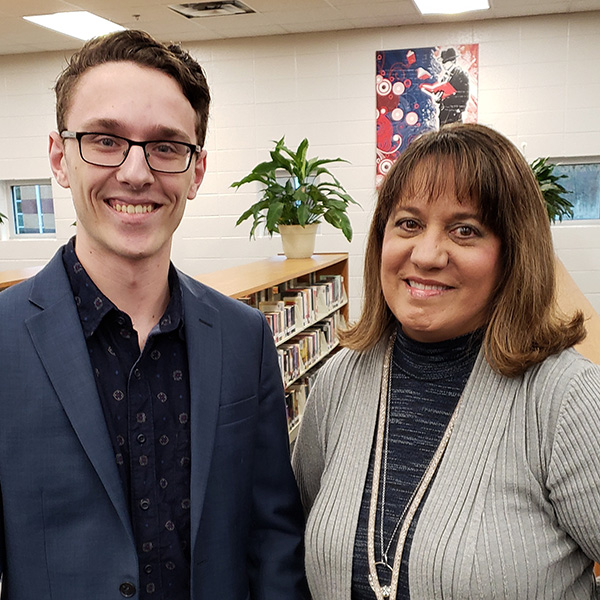 With a score of 1560, senior Kyle Robinson has been selected as the 2020 STAR student for Starr’s Mill. He chose Spanish teacher Madeline Rodriguez as this year’s STAR teacher.

“I’ve known Kyle for 3 years since Spanish 3 and AP, and he always participates in all the activities,” Rodriguez said. “He would take that challenge and participate.”

STAR students are determined by their SAT score. In order to qualify, seniors must have the highest SAT score in a single sitting and be in the top 10 of their graduating class.

Student Teacher Achievement Recognition recognizes high school seniors and their teachers who have improved their academics. The STAR program is commemorated by the Georgia Chamber of Commerce created in 1958.

STAR students choose a teacher that has the greatest impact on their academics. Robinson chose Madeline Rodriguez to be his honorary STAR teacher.

“When they asked me to pick it they asked me to choose someone whose been most influential in scholastic development,” Robinson said. “I had [Rodriguez] for two years for AP Spanish and Spanish 3. She helped me immensely in GHP and preparing for county and state interviews.”

“This is the highest honor a teacher can get,” Rodriguez said. “When we were in the faculty meeting and he called my name I was in complete shock. It’s just an amazing honor to be named the STAR teacher.”

In his first and only attempt on the SAT, Robinson earned a score of 1560. His previous attempts at the PSAT helped him prepare for the test. Robinson finds that studying comes easily to him and that he stays attentive in class to help learn information.

Robinson will now represent Starr’s Mill as he competes for the Fayette County STAR student. That winner will represent the entire county at the regional level.