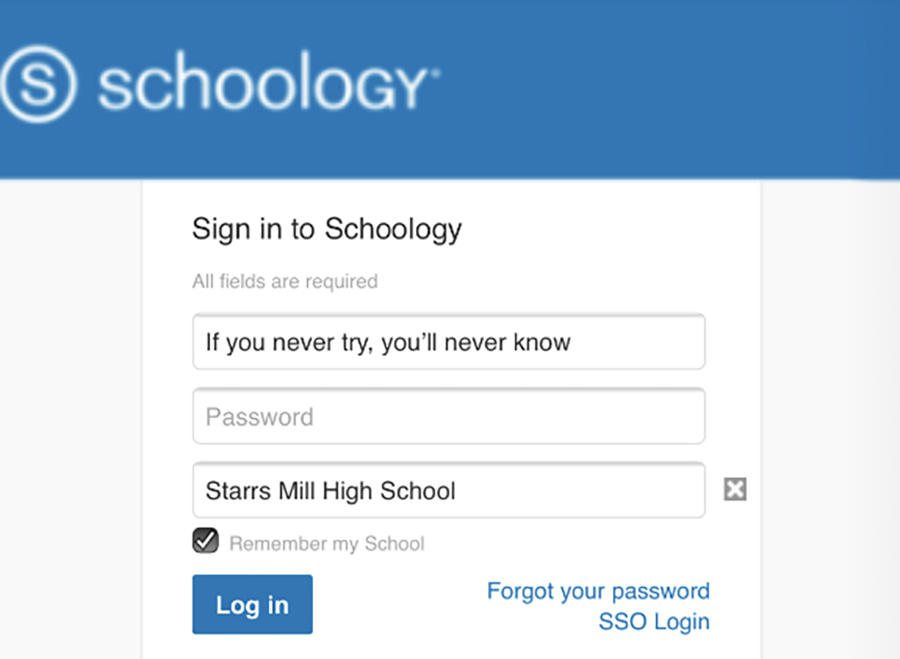 The Fayette County Board of Education is discontinuing its use of Blackboard as its universal Learning Management System. After taking many months to come to a decision, the county has chosen to use Schoology next school year.

As seniors begin the countdown until graduation and teachers plan out their last few months of the semester, preparations for next school year are already afoot. Following a long process of inspecting many other Learning Management System options, the Fayette County Board of Education has decided against renewing its contract with Blackboard.

After five years of battling with a resourceful but inconvenient system, the district has chosen Schoology as its new LMS starting in August.

“They told us to use Blackboard, so I did,” U.S. history and AP government teacher Diane Ruane said. “I taught the old World History, and it allowed me to give a nightly synopsis of what happened that day, but the tool is only as good as the person that uses it.”

The teachers at Starr’s Mill have had to adapt to two different learning management systems in the last eight years. First Edmodo, now Blackboard, and next year Schoology. With such changes in the groundwork of Fayette County schools, there are bound to be a few initial setbacks for those employed in the school district.

“I’m finally very confident about Blackboard, so it’s a little bit frustrating to know that I’m going to have to learn something new, but that’s part of life, and that’s part of teaching,” world language department chair and Spanish teacher Laura Alldredge said. “There’s always something new coming down the pipes.”

While there is some concern for teachers in learning yet another management program, there are some who have tested Schoology and believe that going outside the district’s comfort zone is the best move in the long run.

Not only is the new Learning Management System better structured for high school students than its predecessor, it will also offer a sense of familiarity that will hopefully aid teachers in the process of converting from Blackboard.

“Their mantra is that they kind of designed Schoology off of the original Facebook, so in other words, if you can use Facebook, you can basically run Schoology,” digital learning specialist Mike Fricke said. “It’s just intuitive and easy to create and deploy, and teachers can spend more time focusing on their students rather than learning how to update and upload resources.”

The year 2020 has sparked the beginning of a new era. Along with creating new resolutions, this change has influenced people to look back at the progression of technological advances made in the past decade. Blackboard was adopted by the Fayette County Board of Education five years ago. With that said, maybe it’s time to log out for good and look to the future.