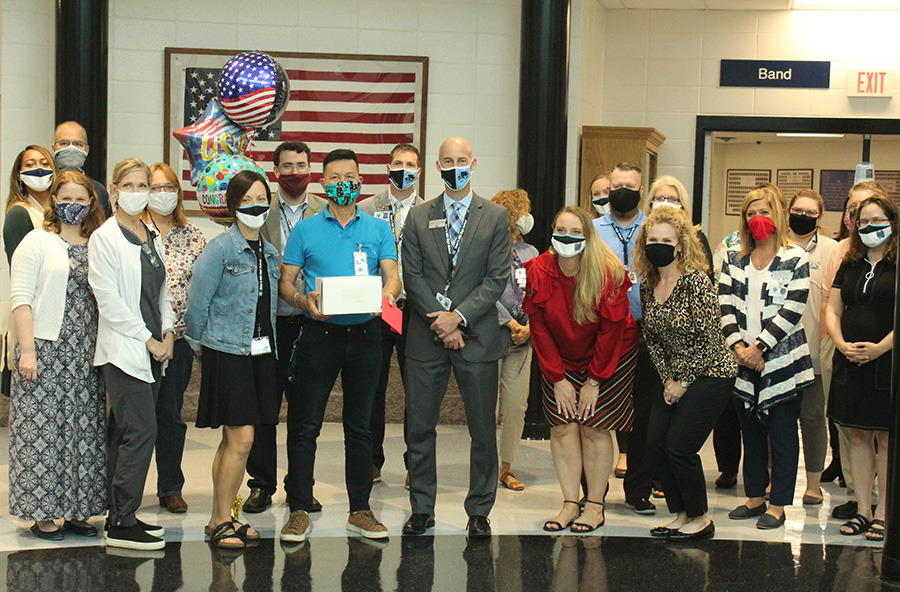 School custodian Hai Le pictured with fellow Starr’s Mill staff as they celebrate his citizenship. Originally from Vietnam, Le officially became a United States citizen for the sake of his family.

After working in America for 14 years in a cabinet factory, and six years as a high school custodian, Hai Le finally earned his American citizenship.

This past Monday, several staff members organized a small congratulations party to celebrate the event.

“We’re very proud of [Le] and very grateful that [he was] able to take this step into becoming an American citizen,” Principal Allen Leonard said.

To most students at Starr’s Mill Le may often go unnoticed, but his role is essential in keeping our school clean and running, especially in these times of the pandemic.

By teachers he has been described as friendly and especially enthusiastic about gaining citizenship. It was officialized on Oct. 23.

He lived in Vietnam and then immigrated to the United States for the sake of his wife and son. Le has been working for the past 20 years to be able to stay with them.

Now he and his whole family can live as proud American citizens.