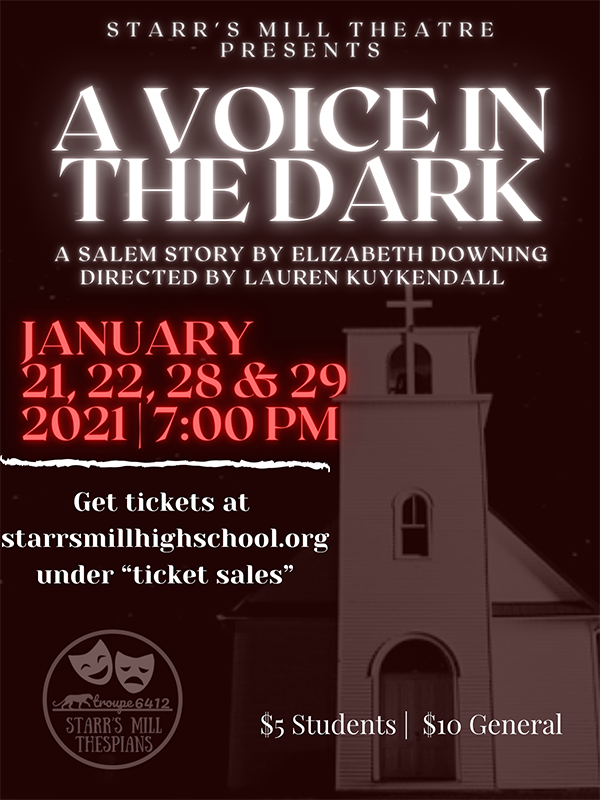 The Starr’s Mill drama department will take the stage with their competitive one act play titled “A Voice in the Dark” on Jan. 21, 22, 28, and 29 at 7 p.m. in the Willie Duke Auditorium.

After the delay on performances because of COVID, the Starr’s Mill Drama department is excited to finally take the stage and present their competitive one act play, “A Voice in the Dark.”

“This will be the first time for most of the students having a chance to perform since quarantine started,” drama director Lauren Kuykendall said.

Due to COVID precautions, the one-act competition was pushed back to January rather than late October. This has caused the drama department to have to balance rehearsals for both the one-act play and the spring musical, “The Hunchback of Notre Dame.”

They will be doing public performances of their show on Jan. 21, 22, 28, and 29 all at 7 p.m. in the Willie Duke Auditorium. Tickets for the show cost $5 for students and $10 for general admission.