Walking in a KIC wonderland 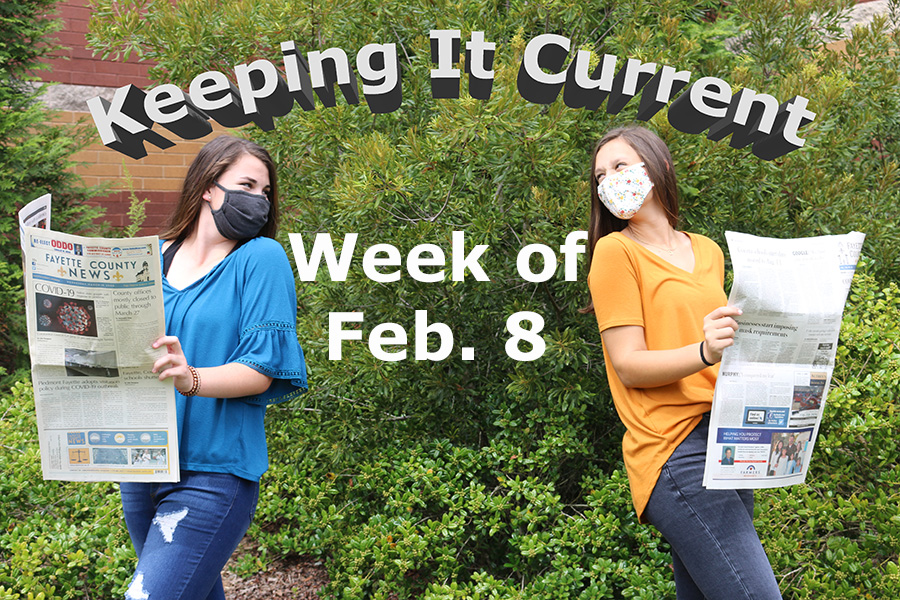 After a full week of being in person, students are ready to relax and unwind with winter break next week. But just as winter break is upon us so is a new batch of KICs. Our news writers have been hard at work to bring you a rescued sinking horse, a Georgia substitute teacher charged with 19 counts of molestation, state employees getting a bonus, the Coast Guard making renovations after an accident, and a Georgia Supreme Court justice announcing retirement.

A horse in Wales sunk into a bog as she was grazing in a field. She had escaped from the pasture she was initially in, and found herself submerged and surrounded by moss, reeds, and roots.

The rescuers used two straps to get the horse out of the swamp, which she likely was not able to reach the bottom of. Marc Roberts, one of the rescuers, said that this was the most challenging and time-consuming part of the rescue process.

The horse was wearing two rugs, which helped the horse’s body temperature to not fall into hypothermia. After being released from the straps, the horse was back on her feet in a matter of minutes, given pain medication, and was stabled overnight. She appears to be in good condition after the incident.

A 30-year-old substitute teacher was arrested and charged with 19 counts of molestation. She was denied bail and remained in the Carroll County jail Monday night.

On Friday, staff members of Mt. Zion Elementary School near Carrollton reported the allegations of misconduct. The sheriff’s office claimed that substitute teacher Marie Ressler engaged in indecent and immoral acts while in the presence of school-aged children. After the allegations were reported Ressler was booked into the Carroll County jail.

Carroll County Schools are working diligently to communicate with all parents of students affected and will continue to work closely with the parents as the investigation continues.

On Wednesday, House Speaker David Ralston said he “plans on handing out $1,000 bonuses to state employees who earn less than $80,000 a year.” Ralston wants to give 57,000 state employees a one-time bonus for working so hard during the COVID-19 pandemic.

Once approved by the General Assembly, Ralston and his colleagues are happy to help ensure the bonuses get to other state employees on the front lines of COVID-19. There are exceptions for the Board of Regents and other state agencies, which will have to find the money from their own funds for the bonus.

The Governor stated that he does not have a timeline for when state employees will receive their bonus. Gov. Braian Kemp has proposed a similar bonus for teachers.

In 2019, 34 people died in a scuba boat fire off the coast of California. The accident pushed Congress to pass laws directing the U.S. Coast Guard to revise their safety standards.

The cause of the California fire is unknown, but immediately after the accident the Coast Guard released recommendations on using lithium ion batteries, power strips, and extension cords. The National Transportation Safety Board proposed seven recommendations upgrading the safety of boats, such as better smoke alarms and mandatory safety management systems. The Coast Guard has previously ignored the NTSB’s recommendations, as the agency is not allowed to require any standards.

Although Coast Guard Vice Admiral Scott Buschman said he agrees with the NTSB’s recommendations, there is no official date for when the recommendations would become regulations.

Sixteen years to the day he started out as a Georgia Supreme Court Justice, Harold Melton will be stepping down from being Chief Justice. Melton made the announcement Friday morning to the court staff and the Georgia Judicial court.

Melton has worked in state government for 30 years, 16 years with the court. Melton was appointed to the Supreme Court on July 1, 2005, by then Governor Sonny Perdue. He took over the role of Chief Justice August 31, 2018. Governor Brian Kemp will appoint a new judge upon Melton’s departure.

Melton thanked his staff, saying that they did good work over the years. Melton’s last day as a jurist will be July 1.