Politics and warfare and typhoons, oh my! 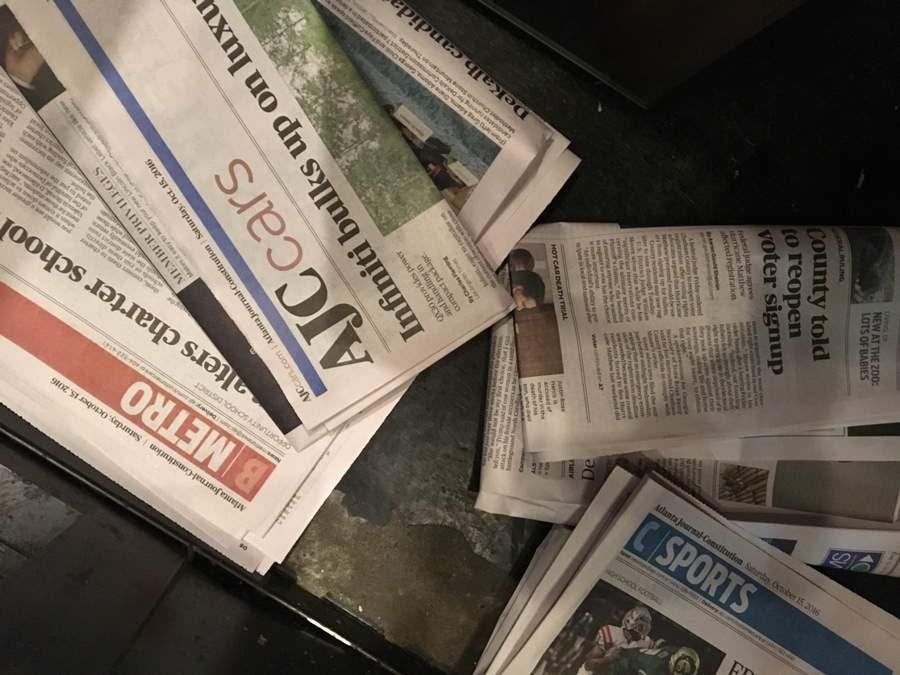 This week marked the end to several events in the news– whether they were positive or negative, take your pick. Terrorist forces seem to be slowing as new alliances are rising, and the presidential nominees took to the stage one last time before the general election begins. The U.S. is saying its goodbyes to a beloved panda at the Smithsonian’s National zoo while nearly 90,000 Filipinos are saying goodbye to their homes under the threat of a severe typhoon. The ending of these events may be near, however, with each ending comes a new beginning. News rests for no one.

Mosul, the second largest city in Iraq, has been controlled by the Islamic State since June 2014, when ISIS was coming to its peak power. Nearly two years have passed by since then, and the United States alongside Middle Eastern anti-terrorism coalitions have finally pushed ISIS back to the city.

Beginning on Monday, Iraqi, Kurdish, and U.S. forces are beginning their offensive to retake Mosul, which may relocate an estimated 1 million people from their homes. Over the coming months, the city is expected to be a major battleground in the fight against ISIS, but in the end, the Iraqi, Kurdish, and U.S. forces are looking forward to recapturing it.

Today, approximately 90,000 people in the northern Philippines were evacuated in preparation for the category 5 typhoon that is due to strike them soon. The typhoon, named Haima, is supposed to be the strongest typhoon to hit the Philippines in 3 years and is one of the 12 that have hit the country this year, which has many of the residents there struggling to get prepared.

As of Wednesday, the typhoon, with winds that are as fast as 140 miles per hour, landed on the Philippine coast landed and caused havoc among the people who remained there. The death toll for the typhoon so far is and is expected to top off at 13 people. The cleanup effort for the typhoon has already begun and will likely take a few weeks, if not months.

The Justin Ross Harris murder trial continued Wednesday. It has been two years since the death of his 22-month-old son, Cooper Harris, in a hot car outside a Cobb county office building. Jurors learned that Harris had been exchanging lewd text messages with a Metro Atlanta woman prior to Cooper’s death. Bill Rankin of the Atlanta-Journal Constitution reports that the two “exchanged nude photos […] and engaged in saucy sexual banter.” The married Harris claimed that during these exchanges, his conscience never kicked in.

Testimony says that Harris and the woman had been communicating through various messaging applications from June 2014 until Cooper’s death, which took place 15 days later. New evidence suggests to jurors that this may be a deliberate instead of an accidental death. The date of the final hearing has yet to be determined.

Tensions flared as presidential candidates Hillary Clinton and Donald Trump debated for the final time. Trump surprised voters once again when he revealed that he won’t accept the results of the November 8 election. “I’ll look at it at the time,” Trump said.

Clinton and Trump fought as Fox News Sunday host Chris Wallace moderated. The debate was formatted differently — six 15-minute segments dedicated to the following topics selected by Wallace: Debt and entitlements, Immigration, Economy, Supreme Court, Foreign hot spots, and Fitness to be President. For the first time, the two were questioned in depth about their economic policies and plans to reduce the national debt. Wallace noted that the nonpartisan Committee for a Responsible Federal Budget found that Clinton’s plan could possibly raise the nation’s debt to 86% of GDP, while Trump’s could lead to as high as 105% over the next ten years.

While closing statements were originally omitted from this debate’s format, Wallace dedicated the final moments to one-minute closings from both candidates. Clinton led, reaching out to all parties to come together and help the nation’s economy and make the country what it should be. She highlighted her past experience as First Lady of the United States, saying it provided her with an opportunity to see the presidency up close. Trump closed, and once again reminded voters of the country’s problem with illegal immigrants and how he planned on fixing it. He also accused Clinton of taking money in exchange from favors and not following through on her promises to minorities.

The candidates elected not to shake hands following the debate.

Bao Bao’s forced migration to China was mandated by the China Wildlife Conservation Association.  The organization forces all giant pandas born in the United States to deport to China when they turn four. This age was chosen so the pandas have a year to adapt to the new environment before breeding at age five. Bao Bao will have a ceremony before leaving in a one year.