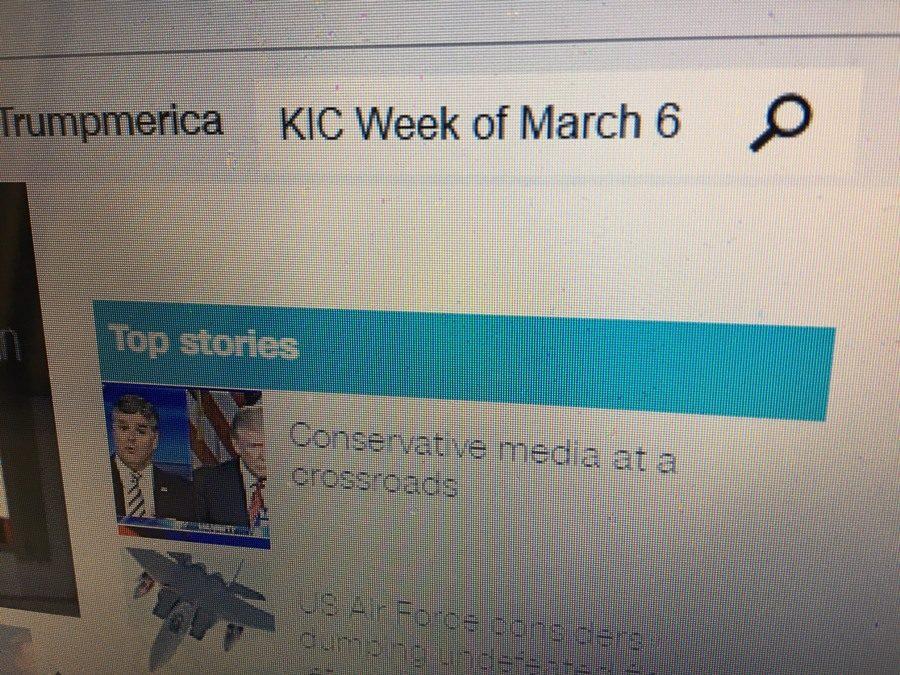 After Starr’s Mill hosted one of the biggest track meets of their season, the drama department worked tirelessly to put on a promising show of “Beauty and the Beast.” Lots of news also circulated around the globe this week as the Iraqi army pushed forward in their fight to retake the city of Mosul. On the other side of the world, President Donald Trump accused President Obama of wiretapping his phones during the election. This came after a report came out that 235,000 jobs were created in the United States during the first quarter of the year. More good news came when the Chapecoense soccer team won their first international soccer game since a plane carrying most of their team went down back in November. One thing is certain —not all of the headlines this week were “beautiful.”

Over the past weeks, Iraqi forces have been gradually inching their way toward one of their oldest and most historic cities, Mosul. As of yet, thousands of civilians have been fleeing the city everyday with hopes of escaping to safety away from the conflict. Mosul is the last major city that the Islamic State still holds in Iraq and the east of the city was already liberated back in January.

The Islamic State fighters are apparently fighting very fiercely in order to defend the city, but Iraqi forces are slowly taking the western part of the city back. The Iraqi Prime Minister arrived in the city on Tuesday in order to speak with the leaders of the assault. With the coalition making sure progress in their fight against the Islamic State, it could still be weeks or even months before they completely secure the city and there are a possible 800,000 remaining inhabitants.

Rhino at French Zoo killed by poachers for horn (3/7)

Tuesday morning, keepers found Vince’s, one of the rhinos at the Thoiry zoo in France, body in his enclosure. The four-year-old white rhino was shot in the head 3 times when poachers broke into the zoo overnight. The poachers had brought a chainsaw along with them so after they had killed Vince, they sawed off the larger of his two horns. A kilo’s worth of a horn such as the one that was taken could make around $60,000 on the black market due to high demand.

Over 100 African rhinos in the wild are killed a month by poachers, but this seems to be the first time anything like this has ever happened in Europe. The other two rhinos, Gracie and Bruno, “escaped the massacre,” Thoiry Zoo said. The white rhino was once near the brink of extinction, but due to conservation attempts, their populations have grown to around 20,000 worldwide.

On Tuesday, the Brazilian Chapecoense soccer team won the Copa Libertadores debut game against Zulia Soccer Club by a score of 2-1. Back in November of 2016, a plane carrying 19 of the club’s players and staff members crashed near the Colombian city of Medellin. The plane, which was carrying 77 people, ran out of fuel mid flight, and only six people survived the crash. Three of the people who survived were the team’s goalkeeper Jackson Follmann, winger Alan Ruschel, and defender, Neto.

The Chapecoense soccer team won their first international game since the devastating plane crash, and both Neto and Ruschel played. This was the first game of the Copa Libertadores tournament, which is the main competition in South America. After winning this game they have been put into the top of Group 7 of the tournament, and they are looking toward a bright future in the development of the club.

President Donald Trump has recently cancelled various open press events in order to avoid answering questions about the recent CIA Wikileaks and his accusations of former President Barack Obama wiretapping Trump Tower. Although Trump had previously commended Wikileaks for releasing the Democratic Party’s emails from this past election cycle, he has yet to release a definite statement about the CIA hack.

The White House deputy press secretary said the rooms were too full to accommodate the press and the equipment. However, he did have one press event on Thursday. A reporter asked President Trump about the Wikileaks, and he smiled with no response to the question. Currently, the only known information is that multiple outsiders now have access to some of the CIA’s most secretive operations and techniques, none of which have been used on American citizens.

It has been concluded that the U.S. economy gained 235,000 jobs during Trump’s first month as the president. During his campaign, Trump promised the creation of millions of jobs if elected, and the current statistics show promise behind his words. The Labor Department declared that the unemployment rate has already reduced by .1% over the course of just one month, a drastic turn of events from the 10% unemployment rate during the 2009 financial crisis. The targeted natural rate of unemployment is usually between 4 and 6%.

Trump’s promise was to create 25 million jobs over the next 10 years. Construction is a large portion of job creation, especially as the warmer months approach. Retail, however, suffered from job loss, and other sectors saw minimal growth.