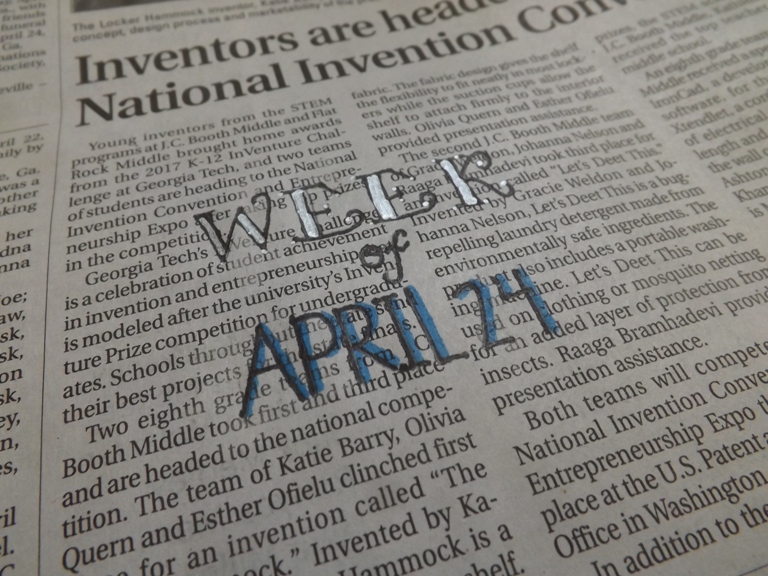 The Mill sees an end to their high stress levels as the Milestone assessments have come to a slow end. Advanced Placement students are beginning the dreadful studying for the aggravating AP exams. Despite all the testing, however, the Prowler is still finding the top stories of the week. Between the case of a man being dragged-off a United Airlines flight reaching its settlement and snakes biting back at Walmart, this week’s headlines prove that Starr’s Mill students weren’t the only people put to the test.

Workers at a Dallas office building were filled with panic, after a shooting occurred on the seventh floor of the building. Ambulances dashed to the workplace off of Lyndon B. Johnson freeway after an armed man shot his boss. The man committed suicide after his boss’s murder. A few moments after the attacks, the Special Weapons and Tactics team arrived to assess the situation.

The SWAT team in Dallas made it to the office building and evacuated the workers. They then started the investigation and found a man and woman dead. They had to break a glass door with a shotgun to enter the room where the shooting took place. Employees were not allowed to return until the SWAT team determined  it was safe to go back in. The names of the attacker and those killed will be announced after the families have been told what happened.

A Tennessee special needs aide, Jenny Price, was accused of inflicting physical abuse to a minor, but in a unique way. A three-year-old student reported that Price bit him on the playground. The student’s grandmother reported the incident and notified police. When they questioned Price and a witness, though, the reason they gave was different than what the student said.

After speaking to Price and another teacher who was present at the event, Sheriff Ronnie Burnett found that the pain brought to the student was a result of him getting twisted in his wheelchair. Upon further investigation the police found nothing negative about Price over the course of her work at the school, which started in 2008. The rest of the case is still in investigation and more is to come on Price’s dilemma.

Walmart shoppers found themselves in the scene of a horror movie when they arrived at a store in Arkansas and were surrounded by snakes. An unknown person released forty garden snakes in the Walmart parking lot Sunday night. The shoppers arrived Monday morning to find a pile of the non-venomous reptiles slithering on top of one another. The police were notified of the strange occurrence and came to the rescue.

When the police arrived at the Walmart, they first determined  the creatures were not dangerous. They then proceeded to try and figure out the culprit. In the end, however, officers decided to stop the investigation due to the incident probably being a prank. Residents were warned to not let it happen again because while nobody got hurt this time, negative effects could occur in the future. They also added that if someone wants to play with snakes, it should be done in the reptile natural habitat

United Airlines brought terror to Dr. David Doa a few weeks ago when he did not listen to orders to leave an overbooked plane. Dr. Doa was heading home to tend to some patients when he was asked to leave the plane because it was overbooked and he was one of the last people to buy a ticket. After refusing to leave, however, Doa was beaten and dragged off the plane. Doa took legal action soon after and a settlement was reached.

Doa lost two teeth and received a concussion from the event. Investigations continue on the four security officers that have been placed on leave of absence. However, settlement agreements are confidential or “amicable”  and only focus on the changes United Airlines will make for better customer service.

United Airlines “takes the full responsibility for what happens” and will push to make quick changes after more incidents have occurred. They plan to have an automated system to identify passengers who will accept giving up their seats. Also, the airline plans to reduce the number of overbooked passengers because the asking of travelers to give up their seat on a flight is not allowed. Doa and his lawyer are pleased with the advancements being made by the airline.

Executions that have been held off for more than a decade in the state of Arkansas, have finally occurred, with the killing of four inmates in eight days. For one of the the executions, lethal injection was used before its expiration date on one of the inmates who was convicted of killing a man who escaped from prison. Originally, the attorney argued for the Supreme Court to hold off the execution of the inmate because he was intellectually disabled and not fit to be executed. Arkansas officials ignored attorneys who wanted to delay the execution and continued as scheduled.

During the execution, the lethal injection caused the inmate to convulse and lurch. The movements made by the inmate were an “involuntary muscular reaction” to the drugs that were given to him. This sedative that was used was a common drug used in lethal injection which would not have a surprising reaction.Therefore, questions were prompted and investigations are being made about the disturbing execution and the drug which was used.