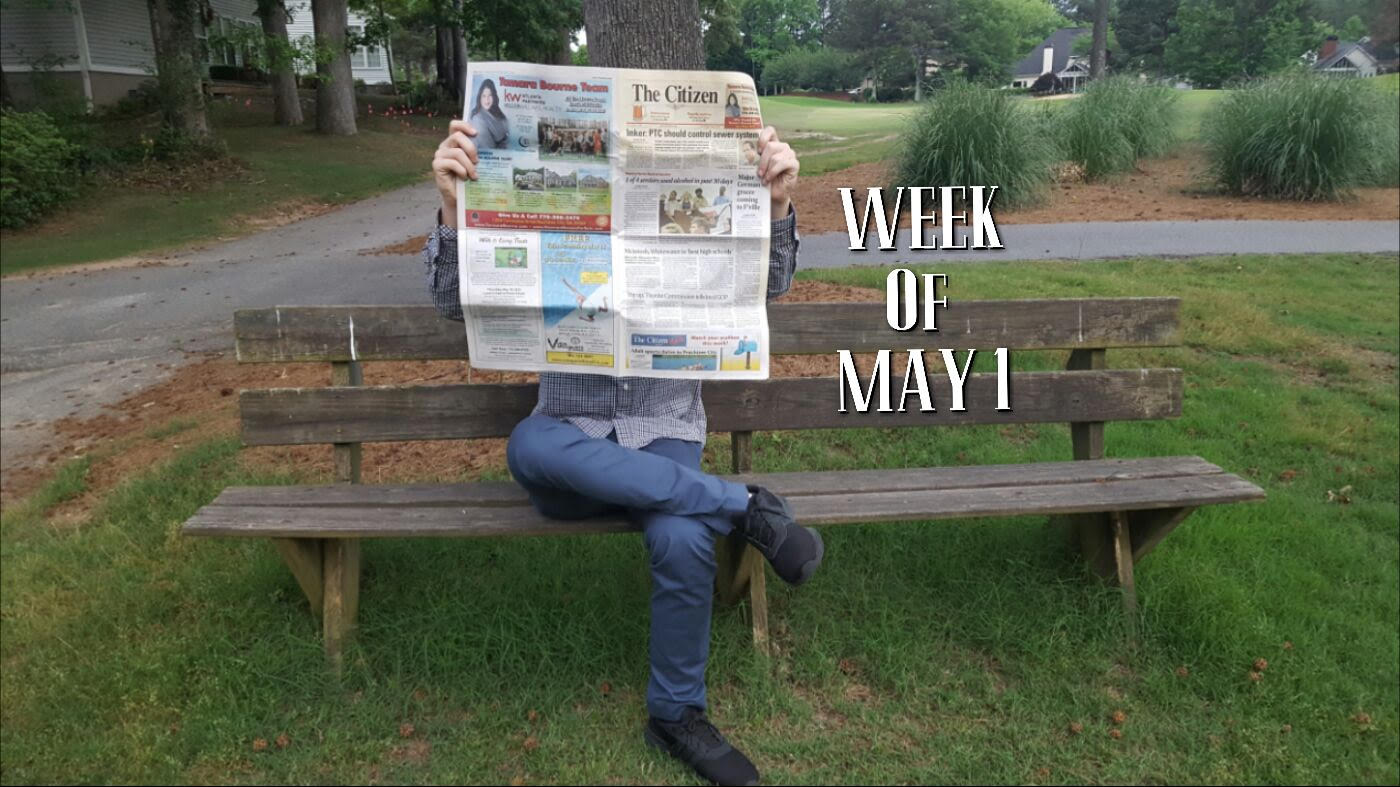 The end of April showers brings the first week of May full of blooming news. While the national holiday of Cinco de Mayo promised fun and games, violence took hold of a commercial flight and the University of Texas. The rest of the week served to be full of its own surprises as bounty hunters in Alabama took the life of an innocent man, and the House of Representatives narrowly passed a bill to replace the Affordable HealthCare Act.

One killed, three wounded in attack on University of Texas (5/1)

On the afternoon of May 1, a student at the University of Texas attacked four innocent students with a hunting knife. The student was calmly walking around the campus then stabbed and killed one student and injured three others. For a while, no one thought there was an immediate threat at the university until the stabbing occurrence.

The incident is being further investigated by authorities because Police Chief David Carter suggested that the victims were involved in the incident. The suspect will be held in custody until he is charged for his crime. In addition, the University of Texas is making future plans to increase campus security so no other unexpected events will occur to harm the school’s students.

A Tokyo to Los Angeles flight was delayed for more than 90 minutes because of an unexpected fight that broke out between passengers. A man in a red Hawaiian shirt started the fight with the passenger behind him. Corey Hour, who recorded the video of the incident, said that when the flight was ready to take off for the 11-hour trip to Los Angeles, the man in the red Hawaiian shirt got out of his seat to throw punches.

Airline staff did what they could do to break up the fight and made sure they acted appropriately. After the fight was finally broken, the man in the Hawaiian shirt calmly walked away from the incident then turned around to to start hitting the other passenger again. Hour, who was videotaping the first fight, stepped to intervene for the second time. The man in the red Hawaiian shirt was detained and did not fly on that airline.

On April 23 in Clarksville, Tenn., a Nissan car in a Walmart parking lot was swarmed by bounty hunters looking for their “supposed” wanted man. A group of seven bounty hunters were attempting to fulfill an arrest warrant and fired shots into the car. The shots wounded two of the four men that were inside the car. During the shooting, the Nissan sedan sped out of the Walmart parking lot to get away from the bullets, and the bounty hunters proceeded to chase down their suspect. After about six miles of constant shooting by bounty hunters, the four passengers in the back seat of the Nissan were soon discovered by the police report, filed by Nissan driver, and declared to not be the suspects of interest.

Authorities announced that first-degree murder was committed by the seven bounty hunters on Wednesday, May 3. The grand jury indicted 15 charges on the hunters, including the Nissan murder and the attempt to kidnap the passengers inside the car. Their crime fine is $300,000 for bailout to be realized from the Montgomery County Jail.

President Donald Trump’s promise to replace Obamacare may become a reality. After a failed first attempt, the House of Representatives narrowly passed the bill with a 217-213 vote. The bill would allow states to opt out of mandates preventing insurers from charging consumers with pre-existing conditions more. A compromise designed to attract voters gives states the option to opt out of Obamacare mandates, including benefits covering mental health services, maternity care, and prescription drugs.  While the bill has passed the House, it is expected to undergo serious changes in the Senate.

The bill had all Democratic representatives voting against it. Rep. Debbie Wasserman Schultz, D-FL, has said, “Make no mistake, many people will die as a result of this bill.” This bill also had a large number of Republicans supporting it, with Army vet Rep. Brian Mast, R-Fla saying, “I know we’re doing the right thing.”

Currently the budget allots $35 million to fund the nurses, but the lack of adequate funding means there are 1,629 nurses and 307 unlicensed nurses in Georgia’s school systems. One of the largest issues is that the schools do not necessarily have to use all the given funding for nurses. This lack of proper funding distribution means that school nurses are not getting the proper equipment needed.

Recently, the state Department of Education has teamed up with Medicaid to receive as much as $50 million to go to the nursing program. With these funds, school will be able to double the amount of nurses on staff. But if the U.S. senate repeals Obamacare, the $50 million is at risk for downsizing.