Breaking news is falling down 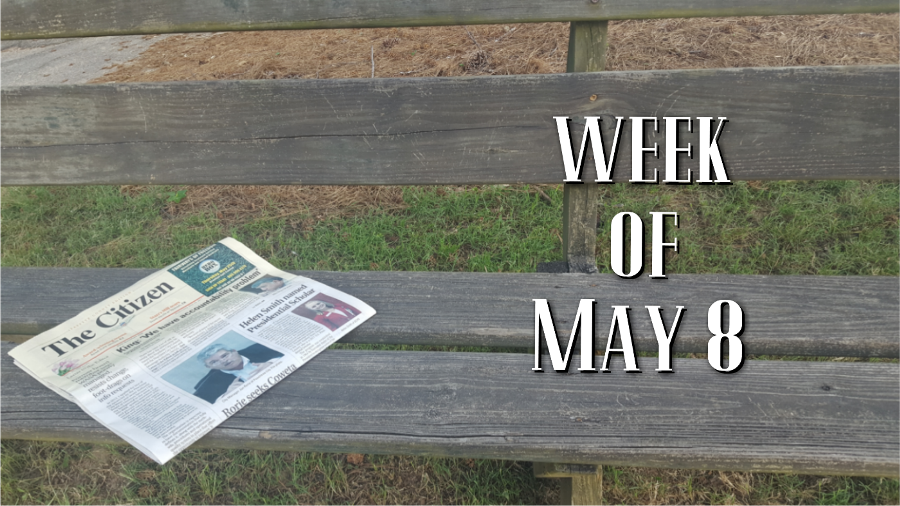 Seniors have one more week until they walk through the Mill’s doors for the last time. The long-anticipated last day of school is quickly approaching, but as everyone prepares for summer, the news never ends. Before seniors receive their freedom, they must face one more round of news. From a deadly shooting out west to the rebirth of liberalism overseas, this week’s headlines bring the heat to the start of summer.

A 23-year-old Arizona man was arrested in 2016 for terrorizing Phoenix with his street shootings. Two additional murders were linked to Aaron Saucedo, the “serial shooter,” this past Monday afternoon. His two additional murders were announced on the investigation after weeks of unconfirmed reports and speculation. Investigators recently added up the total amount of deaths committed by Saucedo, “bringing the death toll to nine.”

Phoenix police say the investigation of Saucedo is ongoing. The evidence is being reviewed to make sure the right person is being prosecuted and no individual is accounted for the harm done to the community. The culprit of is now facing jail time and 26 charges while investigators continue to identify the motive of nine deaths.

A political rift between the U.S. and South Korea over nuclear weapons in North Korea is returning South Korea’s liberals to power. On Tuesday, lawyer Moon Jae-in was elected as president for South Korea. He was able to gain his victory through the former president’s impeachment and removal from office. Jae-in promises to make a new address toward North Korea and maintain peace with the U.S. and China.

Jae-in declared the he will “be a president for all the people,” and he will work with political rivals in favor of South Korea where “justice rules and common sense prevails.” He plans to veer away from the conservative side where many of the decisions before him were about strict enforcement of sanctions with North Korea. However, Jae-in will undergo tests with North Korea before he can have a dialogue and engagement with them.

On March 30, Interstate 85 just northeast of downtown Atlanta collapsed due to a fire underneath the bridge. Due to this collapse, traffic was held up and created various problems for state and national traffic officials. However, on Wednesday morning, Governor Nathan Deal announced the bridge will be ready for use by rush hour on Monday morning, exactly one month before the predicted date of completion.

Joined by DOT commissioner Russell McMurry, Governor Deal announced the news at the State Capitol. The main reason for the early completion of the bridge is due to incentives for C.W. Matthews, the contractor for the project. Officials have estimated $27 million in motorist savings have been saved due to this early completion.

CNN money has reported gas prices have virtually fallen at a consistent rate over the last three weeks. The national average has dropped down to $2.34 a gallon for regular gas, and crude oil prices have dropped 11% since the beginning of April. Oil Price Information Service is a company that tracks pump prices for AAA. Its chief oil analyst, Tom Kloza, said U.S. oil is boosting in supply and keeping prices in check.

Around this time of year, gas prices normally increase.  This is due to the fact many refiners make more expensive types of gasoline for the upcoming summer months. Despite this year’s unusually low prices, last year’s prices were even lower. On May 11th, 2016, gas prices were at a low of $2.20. Unfortunately, many states have also raised gas taxes.

The Trump administration has reached a new deal with China to increase access across various types a industries, most noticeably beef and financial services. The White House is attempting to ease economic tension between the two countries. The deal was announced by Secretary of Commerce Wilbur Ross. She reported U.S. and China relations are at an all time high, specifically in trade.

Despite all the reported success, experts have not been impressed. Gavekal Dragonomics, an economic research firm in Beijing, reported trade and investment flow is minimal. However, the beef industry is extremely fond of the deal as it will open a market of at least $2.5 billion dollars. Craig Uden, president of the National Cattlemen’s Beef Association, stated “The Trump Administration deserves a lot of credit for getting this achieved.” Due to this new deal, China is now able to export cooked poultry to the United States and the impact of this will not be severe.