News around the world…and beyond 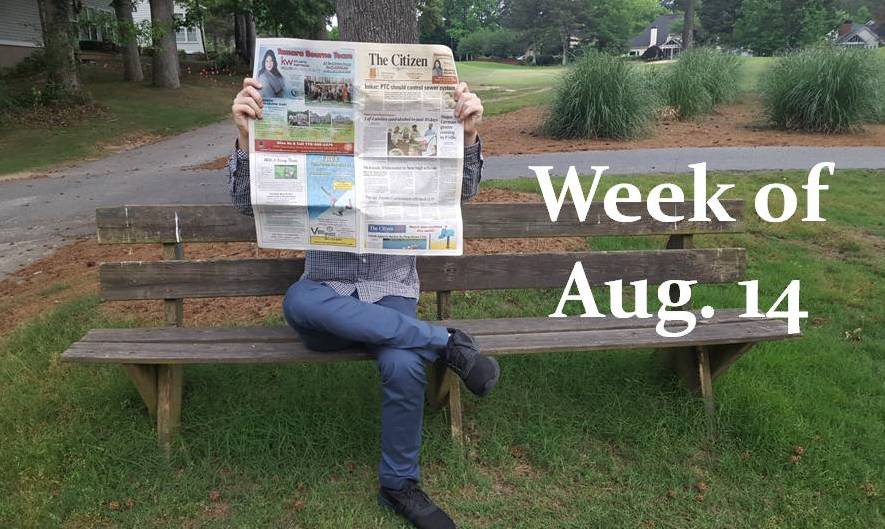 As school gets back into full swing, news comes from close by in Texas all the way to outer space. This weeks Keeping it Current includes stories about sports suspensions, mudslides all across the world and another terror attack targeting the people of Spain. With the second week of school coming to a close, students prepare for the solar eclipse and the revised bell schedule on Monday, and as schoolwork starts to catch up to the students, the weekend couldn’t seem any sweeter.

Mudslides and flooding roared through houses outside the Sierra Leone capital of Freetown. Over 300 people died early Monday morning following very heavy rains. One reason for the high death toll may be the fact that many people were sleeping in their homes as this accident occurred. The disaster has left around 2,000 people in the region without homes. The flooding was many feet deep in some of the affected area as families were torn apart.

A large humanitarian effort is underway as people frantically search for family members and close friends. Even through this effort, the death toll is expected to rise as many of the humanitarians search with no tools other than their hands.

Last Friday, the NFL suspended former first round draft pick, Ezekiel Elliott, for six games. Elliott allegedly injured his former girlfriend, Tiffany Thompson, on three different occasions in July of 2016. According to NFL Network, he is going to appeal the suspension. Elliott said via Twitter that he “strongly disagreed with the league’s findings.” The owner of the Dallas Cowboys, Jerry Jones, has said multiple times he sees no evidence supporting that Elliott committed the domestic violence offenses and is reportedly upset with the suspension.

Elliott filed a police report against Thompson last September and informed the police that she called him “more than 50 times in less than eight hours.” He could potentially turn the situation against her as he has additionally said she “hacked into his email” and contacted him from a blocked number. Thompson has also reportedly threatened Elliott via text multiple times saying that she will “ruin” his life. Supposedly additional text messages showing Thompson asking one of her friends to lie about Elliott abusing her were recovered.

Furthermore, Elliott reported to the police that he was “100 percent certain” that on July 22, 2016, Thompson said to him, “You are a black athlete. I’m a white girl. They are not going to believe you.” Once Elliott files his appeal the NFL will review the case and any evidence Elliott has to disprove the accusations against him.

Years ago, in the “optimistic” days of space exploration, American astronomer Frank Drake worked with NASA to create star maps that point to Earth. These maps plot the Earth’s position in comparison to pulsar stars, which will continue to exist for longer than your average star. These maps were placed on four crafts: Pioneer 10 and 11 and Voyager 1 and 2. All four of these crafts have since been launched into deep space and cannot be brought back.

At the time, scientists at NASA were optimistic that any aliens to discover the crafts, which also contained audio recordings and images from Earth, would be friendly. Today, Drake has had a change of heart, and believes that sending the maps into deep space may have been a bad call. The risk that advanced alien civilizations are seeking planets to colonize, not befriend, is more apparent after a few decades of movies and games depicting just that. Thankfully, the chance that aliens find the maps is highly unlikely, as the four craft will not be encountering other planets in any of our lifetimes.

Residents of Barcelona, Spain, found themselves in a nightmare Thursday after a terrorist attack rampaged the tourist area. The famous Las Ramblas Avenue was having a normal day with tourists and residents roaming the streets when terrorists, who are said to be from ISIS, came in with vans and started running over people. Terrorists also attacked a house with explosive material in Cambrils. Later, two police officers were hit by a car.

In the end, 13 people died in the van attacks and 100 were reported injured. The house explosion resulted in one death and the police attack ended up with both of the officers getting injured.

It is currently unknown if the police attack and van attack were linked, but two suspects for the van attack have been reported. One was found and arrested, but the other one is still on the run.

After one year in the White House serving the Tump Administration, Chief Strategist Steve Bannon has decided to resign. The administrator had been serving Trump since the presidential election and he announced that Friday was his last day. While Bannon’s leaving is sudden, it has been predicted for quite some time.

Bannon has been showing signs of leaving for a few weeks now. The administrator had been isolating himself from other White House members and the final straw happened when rioters in Charlottesville called him a white supremacist. Where Bannon is going next and who will replace him is still to be determined.