A dark week in news 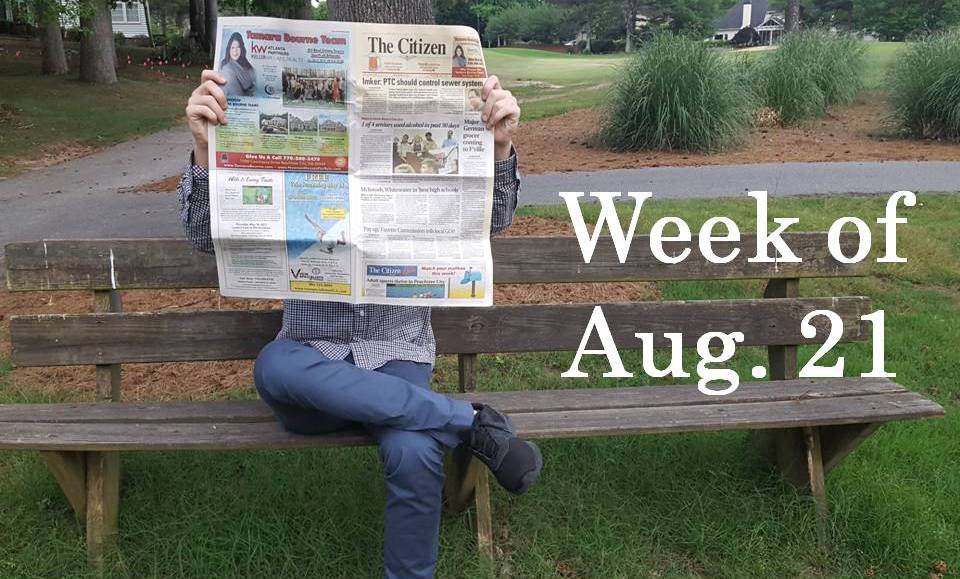 Starr’s Mill experienced a once in a lifetime phenomena this week as they joined America in witnessing the All-American Solar Eclipse. Students got out of class Monday afternoon and saw the eclipse firsthand through special glasses distributed by the school system. The rare site was watched all over the U.S. with some places going completely dark. Similarly, news also took a “dark” route this week. With a hostage situation in Charleston, the death of a terrorist, and the first LGBT coach in NFL history, The Prowler has the stories.

On Monday afternoon, Barcelona terror attack driver, Younes Abouyaaqoub, was shot dead by police about twenty five miles outside of Barcelona. Only a few days earlier, Moroccan-born Abouyaaqoub, drove through crowds of people on Las Ramblas Avenue, a busy street in Barcelona. The attack killed thirteen people and injured more than one hundred.

Police got a lead on the attacker when a petrol station employee recognized Abouyaaqoub and alerted the authorities. The police then tracked and then chased down Abouyaaqoub until he was finally shot and killed. During his last moments, Abouyaaqoub was apparently shouting “allahu akbar,” while also wearing a fake explosive belt. This attack was just one of many ISIS claimed attacks to strike Europe in the past few months

Katie Sowers, one of the assistant coaches of the San Francisco 49ers, publicly came out, and became the first openly LGBT coach in the NFL. Sowers, 31, was hired by the 49ers as an offensive assistant working mainly with the wide receivers. She built her reputation as a coach with the help of coaching legend Ryan Shanahan when he was offensive coordinator of the Atlanta Falcons. Sowers got her start in Atlanta thanks to former Falcons GM Scott Pioli, who also helped former Kansas City Chiefs player Ryan O’Callaghan work up the courage and come out as gay.

In an interview with Outsports, Sowers said that “[no] matter what you do in life, one of the most important things is to be true to who you are.” She also hopes that with her coming out, other NFL coaches and players who are gay come out as well. Sowers also said that “the more we can create an environment that welcomes all types of people, no matter what their race, gender, sexual orientation, religion, the more we can ease the pain and burden that many carry every day.”

Does the internet protect free speech? (8/23)

The constitution protects the right of free speech, but does the internet? Many found themselves asking this question when internet domain registrar Go Daddy kicked hate speech site, “The Daily Stormer” off of their server following derogatory comment about Heather Heyer, a woman who was killed while protesting white nationalism in Charlottesville Virginia. Other providers such as Google and Cloudfare also rejected the site. Supporters are claiming this is a violation of the first amendment, which protects free speech, while others argue sites do not have to allow hate speech.

The law does not consider it as a violation as the first amendment applies to government censorship. Private companies have the right to remove and allow content from their site as they wish. This means that if Instagram doesn’t approve of your post they could remove it whether or not it violates their terms and conditions, as long as they are not discriminating on a racial or sexual basis. The distinction between government censorship and private removal is an important distinction to be made, and it is a distinction that may have to be made clear in court if “The Daily Stormer” pursues a lawsuit.

After an employee at a restaurant in Charleston, South Carolina shot one person, they proceeded to hold hostages this morning, Thursday, August 14th. Officials have confirmed that although it is an “active shooter situation,” it is not an act of terrorism. The hostages were being held inside of the restaurant itself. The shooter was described as a “disgruntled employee” by officials.

Nearby businesses have evacuated as a safety precaution. A SWAT team and the police have also been sent to the area in the hopes to diffuse the situation. Witnesses say that the police and the SWAT team eventually broke down the door of the restaurant and were seen carrying a body out. They entered the restaurant armed with machine guns and dogs.  However, the witness also stated that she was unsure who it was or whether there was any blood. The situation was “nerve wracking,” said another witness.

Hurricane Harvey is destined to make landfall in Texas this weekend as thousands are fleeing inland to safety. Broadcasters say that the hurricane will likely to be “life threatening” and “catastrophic.” Many of the towns on the Texas coast are now abandoned waiting for the impending storms to pass, and as traffic is swelling inbound from the coast, people are planning on hold the storm out. Those planning on staying are emptying nearby grocery stores and are boarding up their personal property.

Harvey is now considered a category 3 storm with flooding to get up to 12 feet. Large damage is expected to come from the storms with winds reaching the hundreds of miles per hour. The winds are likely to take down power lines and it may even launch large projectiles through the air. Landfall will happen either tonight or early tomorrow morning, and the hurricane may go on through the whole weekend.